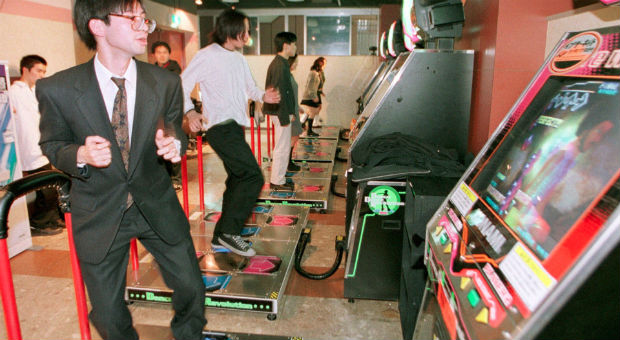 A popular rumor in gaming nowadays is the decline of the Japanese gaming industry. This seems to be espoused by news outlets, financial reporters, and even Japanese developers themselves. Through various interpretations of the data Japan does seem to be falling out of love with the hobby, especially on consoles. However, the truth is much more benign than the rumors would lead you to believe.

The Japanese game market is troubled, but it’s troubled by exactly the same issues that are plaguing western developers as well. Triple-A game budgets are skyrocketing, new business models are appearing, and the market has not only been split by the diversification of platforms, but the globalization of the market caused by emergent economies. Japanese developers are still perfectly capable of making great games that delight their traditional audiences, but their problem, same as everywhere else, is how to turn a profit off of games that, while good aren’t necessarily million-selling mega-hits.

Japan falling out of love with games seems absurd when you look at the still numerous and spacious arcades, many more in fact than the west can boast. There are also still many dedicated videogame store in shopping districts and every large electronic store has a large videogame section. If you’re in central London on the other hand you may have a much harder time getting your videogame fix.

Factors thought to be leading to the stagnation of the market are Japan’s population peaking in 2008 and starting a slow decline. Less people are being born to replace the core customers of videogames which are young people. What young people there are have been effected by Japan’s economic slump of the last few decades and have been forced to take lower paying jobs which means less liquid income.

In short, Japan has less consumers for games then it did in the heyday of the late ’90s and early 2000s, and due to economics people are working more and for less. However, Japan’s decline is due more to stagnation, and not a bad one at that. Although the market isn’t growing by leaps and bounds it is a stable and mature market, and the smartphone game market is still growing exponentially.

Addressing the supposed disappointing impact of the PlayStation 4 in Japan, it is much the same case as the North American launch. Few launch titles with many people waiting to buy the console when there is more software available. The PS Vita has also had great success in the first half of 2014 in Japan due to a sudden arrival of software that matched local tastes.

All in all, Japan is still an avid consumer of videogames. For all the doom and gloom Japan’s videogame industry is not a damsel in distress and does not need some drastic rescue. Sorry folks, that princess is in another castle.