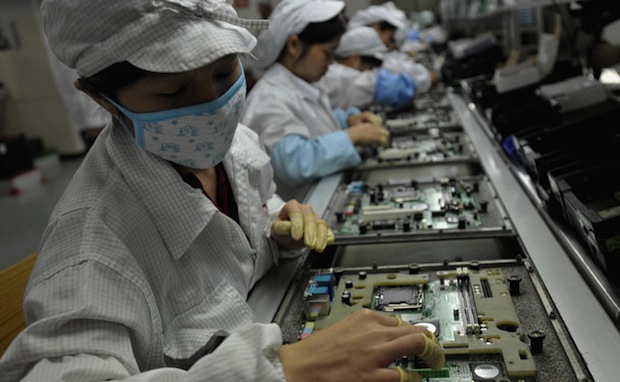 Hong Kong’s Oriental Daily (by way of Games in Asia) ran a report detailing how thousands of students from an IT engineering program at the Xi’an Institute of Technology were being forced to work at Foxconn’s Yantai plant to assemble PlayStation 4s. The students were told if they refuse to participate they would lose six course credits, effectively meaning they wouldn’t be able to graduate.

Foxconn responded to Quartz regarding this report stating “Immediate actions have been taken to bring that campus into full compliance with our code and policies.” Foxconn also stated that they’ll be “reinforcing the policies of no overtime and no night shifts for student interns, even though such work is voluntary, and reminding all interns of their rights to terminate their participation in the program at any time.”

Sony also released a statement (by way of Gamasutra) in response to all this:

“The Sony Group established the ‘Sony Supplier Code of Conduct’ in June 2005 with the expectation of every supplier agreeing and adhering to the policies of the Sony Group in complying with all applicable laws, work ethics, labour conditions, and respect for human rights, environmental conservation and health & safety. We understand Foxconn fully comprehend and comply with this ‘Sony Supplier Code of Conduct.'”