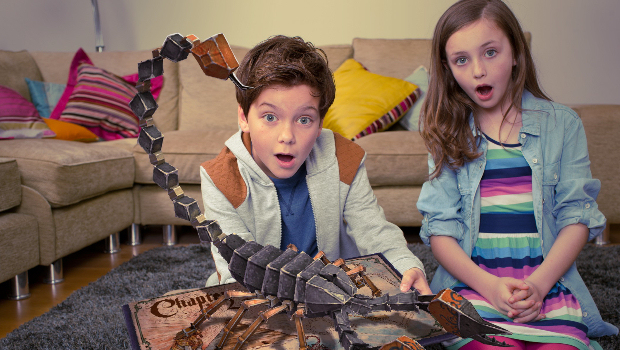 Wonderbook made such a splash at E3 that Sony has released a batch of screenshots from the trade show … in July. For those who have forgotten (or tried to), Wonderbook is Sony’s way of making books more of a hassle to read by forcing you to sit on the floor and indulge in some puerile interactions.

It’s like EyePet, but with a cheaply exploited Harry Potter license.

Anyway, here are the screenshots, featuring images of derpy children who I have named Dunkler Mingus and Roger the Wrong Squirrel. The photographer must’ve pumped ’em full of barbiturates to get these pics.