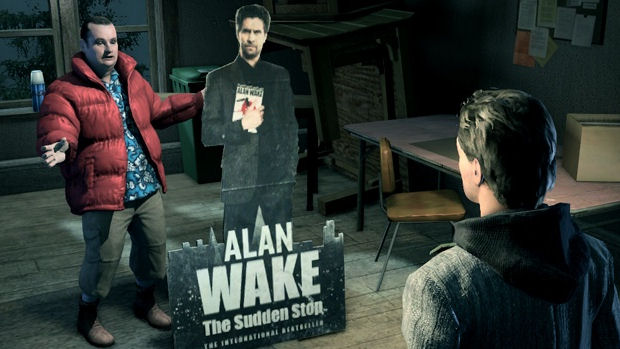 Microsoft pissed off the already easy-to-piss-off PC gamer crowd when it revealed that Alan Wake wasn’t coming to computers anymore. The publisher’s reasoning — that the game is suited to a big TV and not an “intimate” PC environment — was rubbish, and we know it. Developer Remedy has issued its own explanation, one that insults our intelligence slightly less.

“Saying that Alan Wake is best played of a sofa with 5.1 surround and a big TV screen, I think is more of a preference than anything else,” states franchise head Oskari Häkkinen. “We’re not going out there to say that PC gamers can’t enjoy it from their own PC set-up. We’re certainly not saying that. We have a strong heritage in PC gaming as well.

“But, frankly, we’re a small studio. We’re 50 people, and being a small studio, it makes a lot more sense for us to focus on one platform. Currently we’re fully focused on the Xbox version, and [as for] what the future holds, we haven’t got anything to announce, and we haven’t thought that far right now. We’re fully crunching towards the Xbox 360 version.”

That’s a more honest excuse than the PR nonsense Microsoft pulled out of its arse. It likely won’t satisfy the angry PC gamers, not least because Alan Wake was originally developed for PC, but it’s better than being lied to.