That’s it. That’s all of them. Assassin’s Creed II, Brotherhood, and Revelations were grouped together in 2016 as The Ezio Collection. This past March saw Assassin’s Creed Rogue remastered. As previously mentioned, III and Liberation are on their way. Black Flag launched near-simultaneously on both old- and new-generation consoles. The rest are already on current systems.

The only thing that’s missing is the one that started it all, the progenitor of this very successful video game franchise: The original Assassin’s Creed. 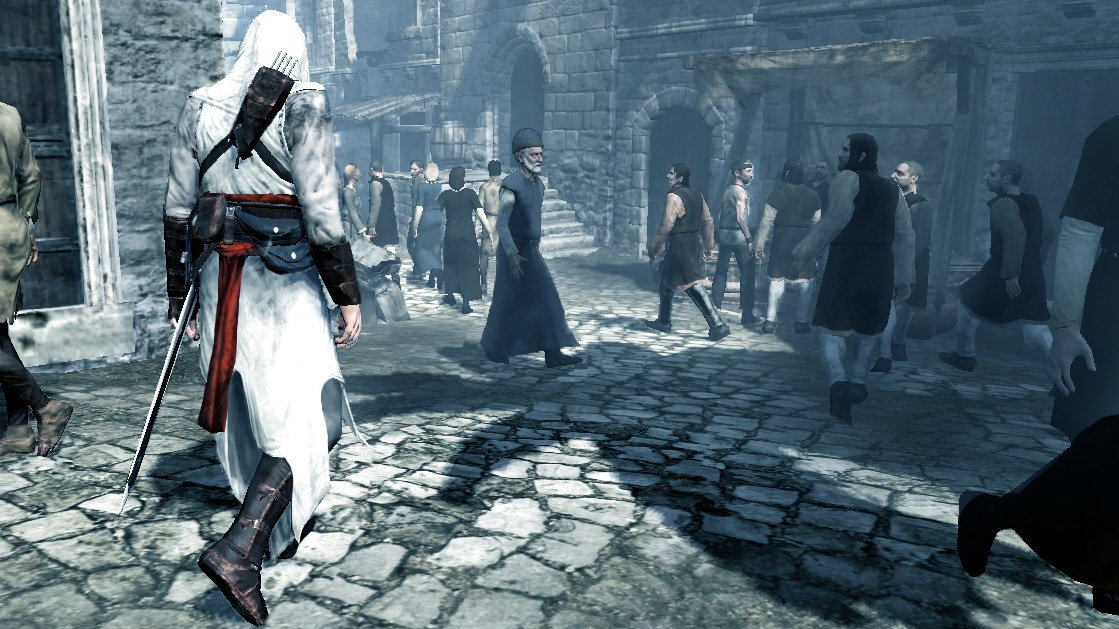 Why hasn’t Ubisoft remastered Assassin’s Creed yet? Probably because it wasn’t a particularly good game. I mean, it felt kind of revolutionary back in 2007, but it also wasn’t hard to see its faults. Chiefly, mission structure was overly repetitive. It tasked us with performing the same few types of busywork over and over to unlock an assassination opportunity. It eventually grew dull.

A remaster would probably only accentuate those problems. There’s a reason Assassin’s Creed didn’t stay the same. The original is a relic from 11 years ago that wouldn’t hold up today. A fresh coat of paint wouldn’t hide its shortcomings.

That’s why Ubisoft should remake Assassin’s Creed. Nothing super crazy — don’t triple the size of the cities or anything. Maybe create a modern-ish story mission to precede every assassination. Break up that busywork instead of completely depending on it. Take a cue from the PC Director’s Cut that added more missions, and build on the foundation that laid. Keep the story and cutscenes the exact same. Double the number of flags.

I’m just spitballin’ here, and I (vaguely) understand the resources it takes to remake a game. But think of the small changes that would make Assassin’s Creed a more palatable game. Wouldn’t it be nice if the guards didn’t attack anytime Altair began briskly walking? Wouldn’t it be great to have some sort of in-game tracker for all those flags? Wouldn’t a proper fast travel system break up all that plodding horseback riding?

It feels like we’ll never get to revisit the original Assassin’s Creed because it’s caught between a rock and a hard place. It’s too dated to remaster and it’d be too expensive to remake. That’s a shame. For a series about ancestral lineage, we’re ignoring the thickest branch on the family tree.