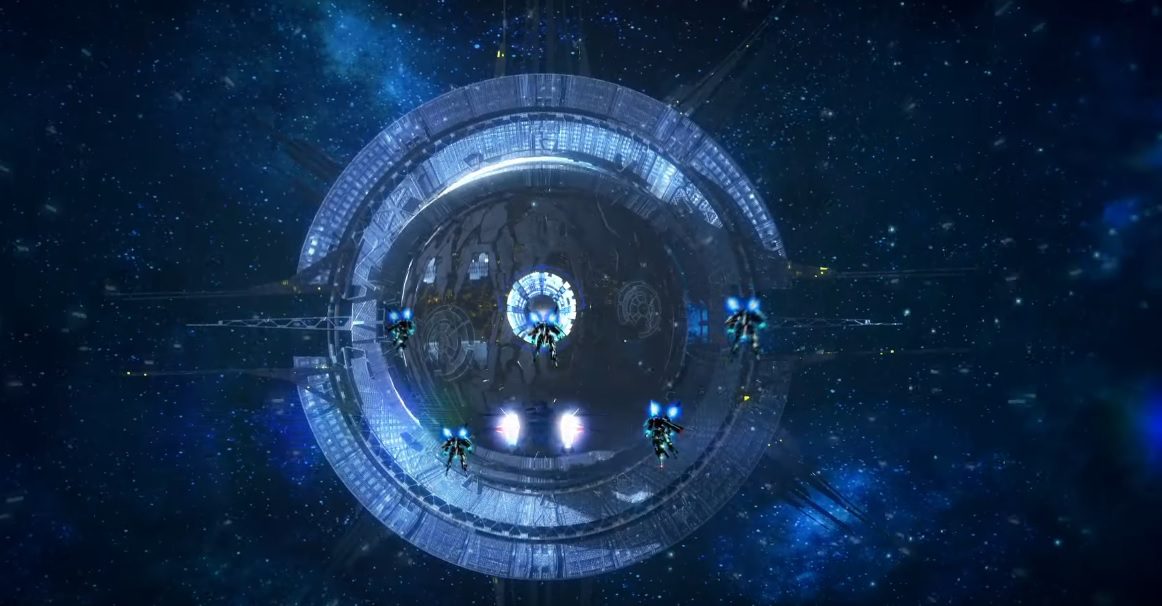 Last week, we reported on new title Relayer, a self-proclaimed “new age space opera” currently in development for PlayStation platforms. Developer Kadokawa Games has since released the first full Relayer trailer, giving us a teasing glimpse at the sci-fi title’s universe and its cataclysmic mecha warfare.

Set in Stardate 2049, Relayer will tell an apocalyptic tale of a world plunged into conflict by the arrival of the titular alien being, an invading supernatural phenomenon, and the mysterious “star child”, Terra. This collision of universe-changing events has been met with brutal mech-based conflict, as various governments and factions attempting to reconcile this strange new reality and its impact on not only Earth, but the entire galaxy.

Relayer is a turn-based strategy title with heavy RPG/social elements. Players will take charge of a battalion of “Stella Gear” mech suits, and fight it out in planet-quaking battles. During the downtime, players will get to know the roster of pilots within their unit who are, unsurprisingly, a gang of hip ‘n’ sexy dudes and dudettes. Get to know your crew, manage the perfect platoon, use each Stella Gear’s abilities in sweet synergy, and bring an end — or at least a compromise — to the global conflict before it destroys all.

Published by Clouded Leopard Entertainment, Relayer will receive a western localization within the same release window as its Japanese counterpart. So, if the above description gets you in gear for some mighty mecha action, at least you won’t have to wait too long before Kadokawa’s new title wings its way over the seas and onto these shores.

Relayer is currently in development for PS4 and PS5 and will launch sometime in 2021.