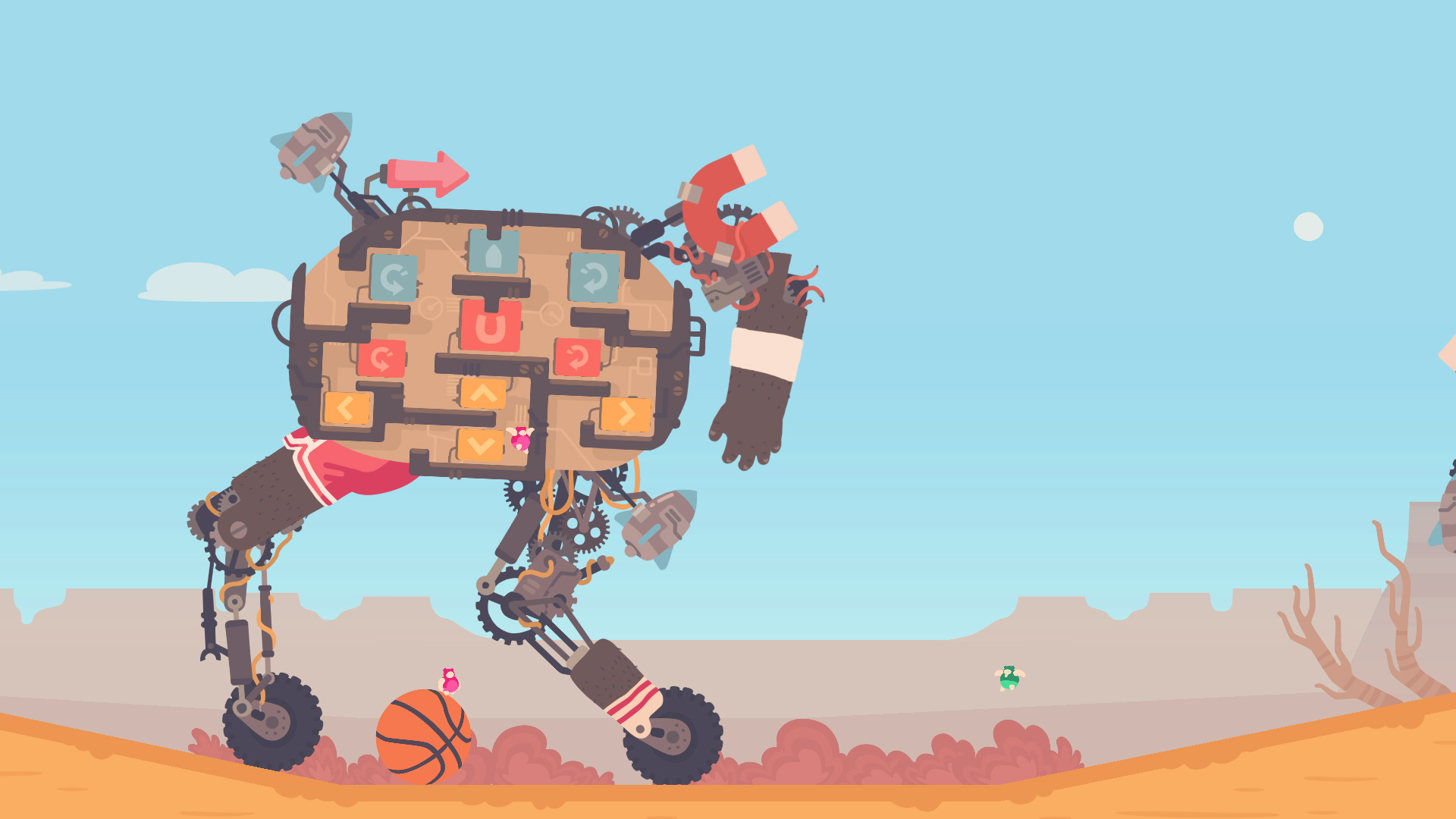 For two to ten players

The creators of Crawl have come out with a free game for Windows, Mac, and Linux that has friends jumping aboard giant basketball-playing robots and controlling their individual mechanisms to perform different functions. Regular Human Basketball, they call it.

Finally, a sports game for us normal folk!

This is one of those titles where the fun and humor lie in wrestling with unnecessarily obtuse controls and uncooperative physics. To that end, Powerhoof describes it as a fusion between QWOP and Lovers in a Dangerous Spacetime. Multiplayer is local only, though, so good luck cramming (up to) nine other people around a single computer. Unless you want life to imitate art.

This gif says it all.