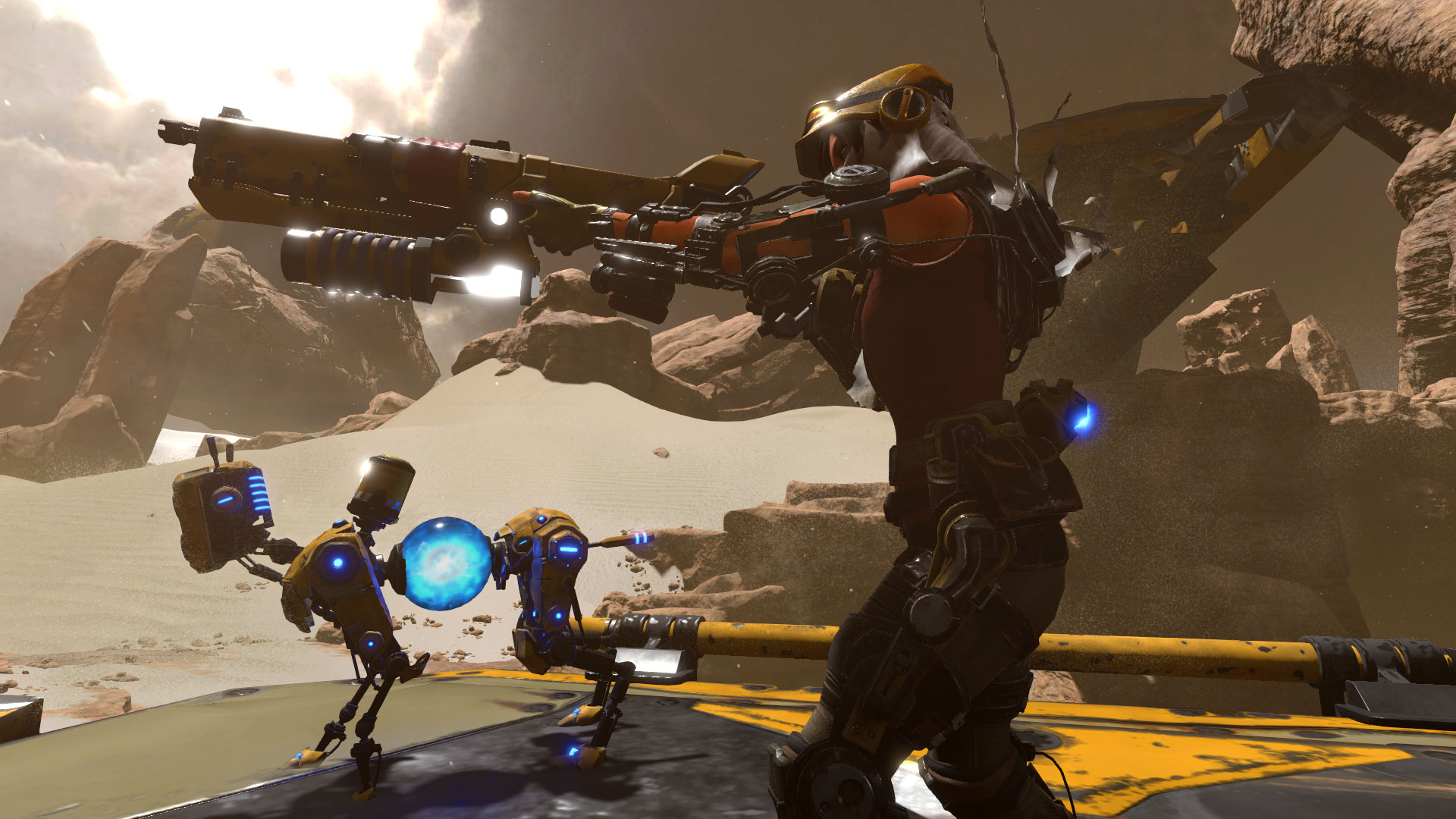 You can stop looking now

Players who have put significant time in ReCore have noticed something that’s kind of off. The game makes room for a fifth robot companion — there’s allotted space in the menu, references to the T8-NK frame, and five hunting challenge slots — but you never come across it.

The cadence at which you acquire robots seems to be a good reference point for where you are in the game. After getting the fourth one, you figure there can’t be that much left. One more robot and then this’ll wrap up. But, the end-game happens before Tank is acquired. For those who think it might just be a completionist’s reward, people are posting on message boards saying they have all the Prismatic Cores and still no Tank.

It’s seeming incredibly likely that Tank will be released as DLC. We asked Microsoft about this strange omission and were given the following brief statement: “The Tank is not currently available in the game. But please stay tuned for news.”

Given that phrasing, it’s almost a certainty that it’ll be added in later. Whether it’s as paid or a free add-on is anyone’s guess.

But, there’s two mindsets about why Tank isn’t in the retail release. One is that it was stripped out of the final game just to add in later as DLC. The other is that developers Armature and Comcept couldn’t quite finish Tank before the September 13 release date, so they temporarily cut it at the last minute. Whichever it is, it’d would explain all the menu space that’s dedicated to Tank, and the huge quicksand area of the map that’s completely inaccessible right now.

Those of you who are frantically trying to unlock ReCore‘s final robot: Stop. It’s not there. It’ll be there at some point, but not quite yet. It’s a weird decision, one that was likely made out of either greed or necessity. But, it’s a decision that means ReCore‘s cast of bots is limited to four for now.