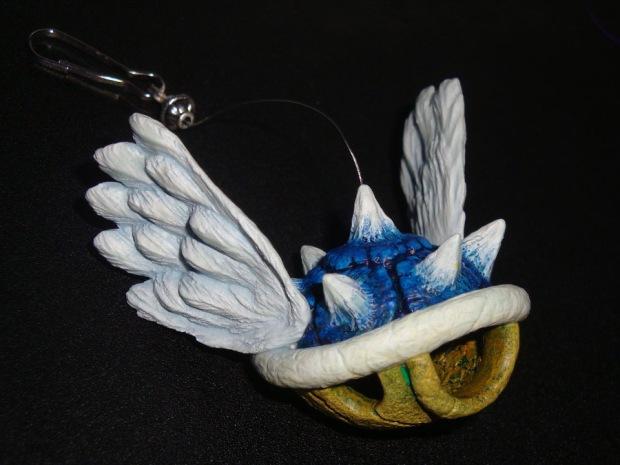 Remember that realistic Piranha Plant statue? Of course you do, you’re still having nightmares of the thing chasing you down the street. It turns out that that statue was part one in a series of more realistic looking Nintendo themed statues, and now the second one is here. Artist Kalapusa has dug into the Mario Kart bag and pulled out a realistic Blue Shell. This one, he says, is meant to be used as a Christmas tree/car ornament so it’s a bit smaller, but cool none the less.

There’s only one, but you can own that one as the ornament is on sale at eBay. This would make a great gift for gamers this Christmas or possibly a fantastic threat to someone who you’ve always perceived as in front of you in life. It would be like saying, “Hey, you’re in first now, but I’ve just bought a Blue Shell/gun, so watch yourself.” In fact giving this as a gift is practically tantamount to chopping off a horses head and putting it in a person’s bed.

Next up for Kalapusa in his videogame statue series is a realistic Baby Metroid in formaldehyde — awesome.