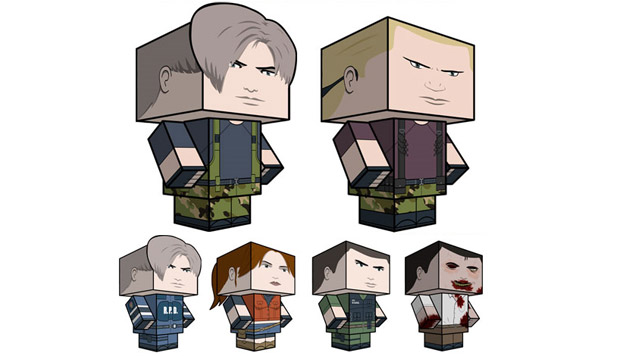 I gotta hand it to the folks at Capcom — the promotional items surrounding Resident Evil: The Darkside Chronicles appeal to me greatly, even though the game isn’t really up my alley.

Following the rad zombie shirt and that RCPD money clip, Capcom has commissioned Cubecraft.com, which is basically my go-to site for seeing neat papercraft designs I’ll never be able to replicate, to come up with some paper toys based on The Darkside Chronicles.

All six designs can be seen in the finished state above, and you can print them out for free by heading over to Capcom Europe’s download page. Good luck!