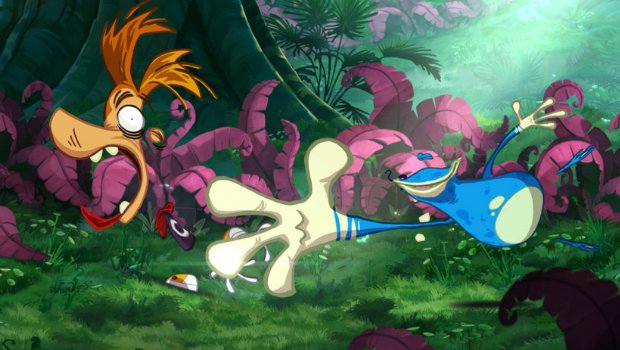 Nobody could be blamed for assuming that anybody who developers platform games has been influenced by the Mario Bros. franchise. In fact, if you traced any developer’s inspirational roots, one could reasonably expect to find Nintendo at the furthest reach. Not in the case of Rayman creator Michel Ancel, who has confessed he’s not really into Mario.

“I will tell you something terrible — I don’t really enjoy playing Mario games,” he confessed. “I don’t like gliding, I don’t like its inertia, and I don’t like not being able to give some slaps! It’s a fabulous series, and I understand that people love it, but it’s not my cup of tea.

“I used to prefer Ghosts n’ Goblins, Heart of Darkness, Another World — games with a focus on the narrative side. Beyond that, I find Mario‘s controls very interesting, but I don’t buy it. I can’t help but seeing the ropes of the game, even if it works. The game is thrilling, obviously.”

Pretty damn interesting! Rayman: Origins, of course, is fairly brilliant in its own right, but we’re so used to Mario being a major influence that it’s almost inconceivable that Ancel couldn’t like it. Just goes to show, even some of the most beloved games in the world will always have a detractor or two.