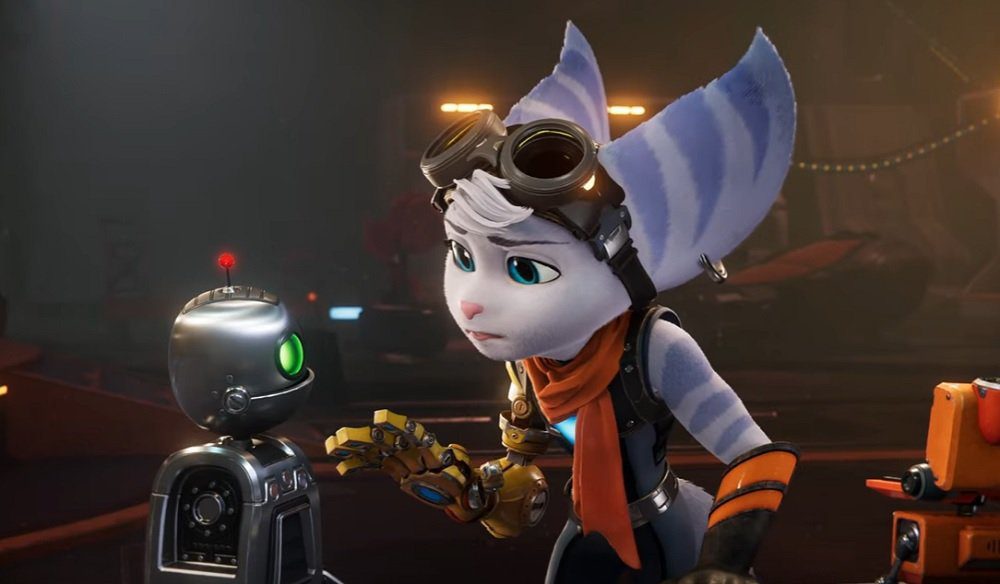 Lady Lombax has a name, and quite a few of you guessed it

Sony Interactive Entertainment, alongside Insomniac Games, have released a brand new — and very impressive — gameplay trailer for the upcoming platformer Ratchet & Clank: Rift Apart, which will see the steampunk duo return for another exciting adventure this summer, exclusively on PS5.

The stunning-looking sequel will arrive on Sony’s next-gen platform June 15, and will see the dimension-diving twosome joined by a brand new character, a lady lombax who has finally been introduced to players as “Rivet” — a name that had been predicted by several fans already. The exciting trailer shows the trio as they battle through a series of colorful dimensions, in hopes of reuniting with each other before taking on the nefarious… umm… Nefarious, whose dastardly deeds threaten to tear the fabric of reality asunder.

Insomniac also announced that Rift Apart will be available in a Digital Deluxe Edition format, including a copy of the game, a selection of five exclusive armor skins, a digital art book, digital soundtrack, and 20 “Raritanium,” an in-game material used for upgrading armor and weaponry.

Music fans will note the use of DEVO’s “Uncontrollable Urge” on the trailer’s soundtrack, used to signify the arrival of DEVO co-founder and lead singer Mark Mothersbaugh, who will act as composer for Ratchet & Clank: Rift Apart‘s soundtrack. In a new PlayStation Blog post, Insomniac Games’ Marcus Smith spoke of the team’s utter delight at having Mothersbaugh on-board for this ambitious project.

“We are so thrilled to be collaborating with Mark,” exclaimed Smith. “[We] cannot wait for you to hear the incredible score he’s come up with!”

A preview of Motherbaugh’s soundtrack for Rift Apart can be heard over at PlayStation Blog. More new Ratchet & Clank (& Rivet) footage can be expected at a special State of Play presentation this Thursday, May 29, at 14:00 PT / 17:00 / 22:00 BST.