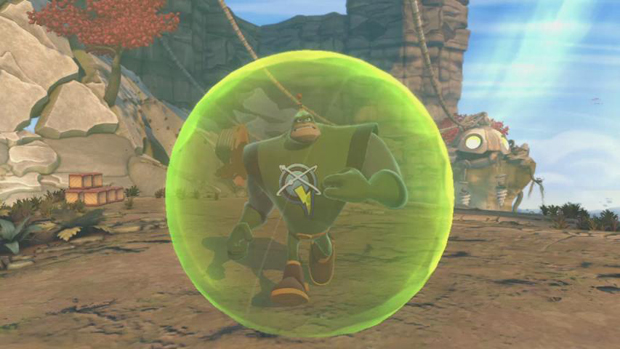 Insomniac tossed us this latest trailer for Ratchet & Clank: All 4 One, part of a running series on the weaponry found in the game. And why not? Next to the primary characters, there’s nothing more important to the series than its creative implements of death. Quark has a glowing hamster ball that he runs around in, Nefarious has a cloaking device and Clank gets a little plasma cannon thing.

The winner in this vid is clearly Ratchet, though. He’s armed with the “Dopple Banger”, a decoy for enemies which I can only assume started life as a relationship therapy tool before being funded as a military project. Damn, that looks fun.