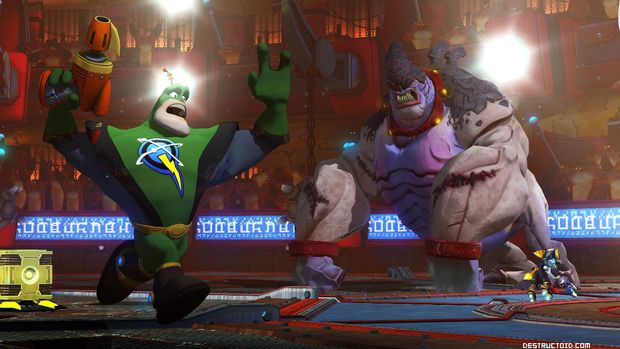 There’s a chance Ratchet and Clank Future: A Crack in Time could be Insomniac Games’ last game that runs at 60 FPS.

In a recent column written by Insomniac’s Mike Acton, the developer lays out why he believes his studio no longer needs to create games that run at 60 FPS. To be brief, the reasoning boils down to two factors: framerate doesn’t affect sales and doesn’t seem to affect review scores.

The Insomniac community team polled a gaggle of consumers about FPS, asking how much frame rate matters to them. According to Acton, a whopping 16 percent said they wouldn’t buy a game that wasn’t running at 60 FPS. The majority said it didn’t matter as long as the framerate didn’t interfere with the game.

This brings up another point — Acton says Insomniac will continue to make games with stable framerates. It’s just that given framerate might be 30 FPS slower, which seems just fine by us. Like his data shows in regards to critics as a whole, the majority of us at Destructoid could care less about how fast the framerate is. We’re more concerned with how awesome (or not awesome) a given game is at the end of the day.