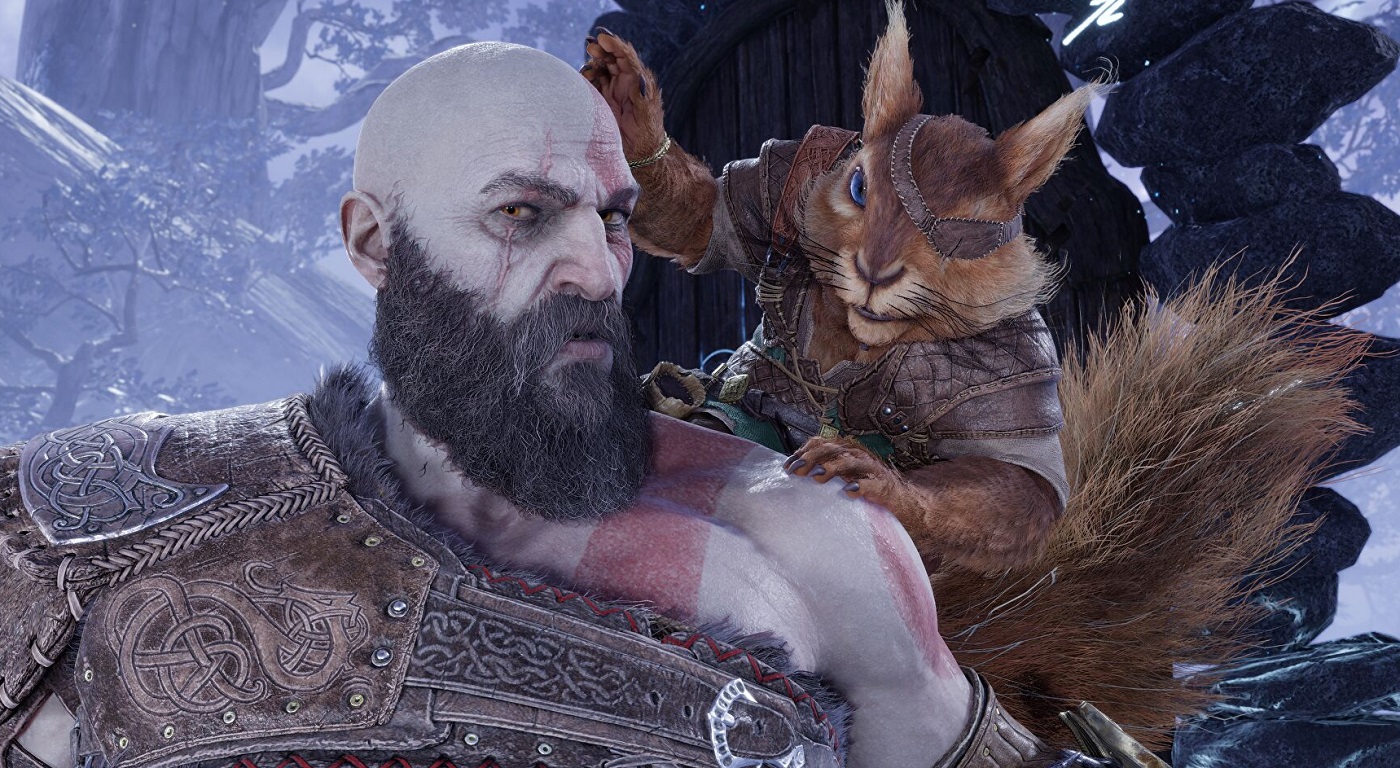 While Sony Santa Monica’s God of War Ragnarok contains its fair share of titans — from the mighty Thor and the sullen Tyr, to the howling Fenrir and the broken witch Freya — There is one character who tends to stand out from the might, muscle, and forlorn melodrama of Kratos and Atreus’ adventure. Perhaps the most unique and outlandish of the God of War universe — Who is the furry ally Ratatoskr?

In Greek mythology, Ratatoskr, (roughly adapted from the Greek “drill tooth” or “traveling tooth”), is the messenger of the fabled World Tree, Yggdrasil. Usually depicted as a rodent, typically resembling a squirrel, Ratatoskr sends communication between the jotunn eagle, Hræsvelgr, and the terrible dragon Níðhöggr, the latter of whom spends their days gnawing bitterly at the roots of the sacred oak. It is sometimes theorized that Ratotoskr actually provoked the two, carrying rumors and speculation to increase antagonism between the twee-dwellers.

In the God of War universe, Ratatoskr first appeared, (in some form of fashion), in 2018’s God of War. Here a stripped, spectral version of the squirrel’s personality — specifically his antagonistic side — worked alongside Atreus and Kratos, albeit with a bad attitude and a string of obscenities. This “Bitter Squirrel” form acted as something of comic relief in the game, and was portrayed by veteran voice actor Troy Baker. Despite his sarcastic and mean demeanor, he proved to be a valuable ally in the protagonists’ journey.

In God of War Ragnarok, Ratatoskr appears in his “living” form, once again aiding Kratos and Atreus on their odyssey. Having established his ability to strip himself of personality traits, Ratatoskr is a warmer, kinder, and more subservient character, though we do sees his various spectral counterparts. In this sequel, Ratatoskr is voiced by actor and popular YouTube star SungWon Cho, though Baker did return to reprise his role as the squirrel’s foul-mouthed counterpart.

Filed under... #God of War#God of War Ragnarok#PlayStation#sequel#sony santa monica