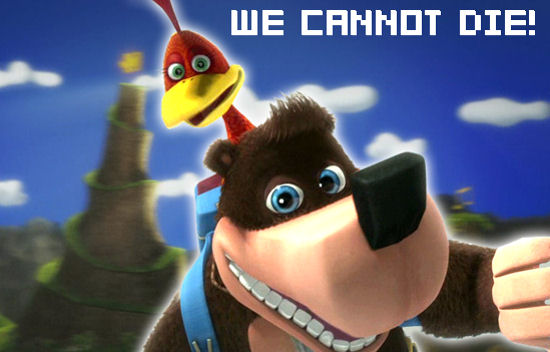 Speculation has been running rampant about a high profile Xbox 360 game being thrown on the scrapheap. Speculation, however, isn’t fact, and the theories that Rare’s new Banjo-Kazooie was the cancelled game have been denied outright by a source inside the company.

Thanks to less than encouraging sales of Rare’s other kid-friendly 360 offerings — namely Kameo and Viva Pinata — it was suggested that the UK developer had decided not to bother with another installment of the well known platform franchise. Rare has stated that this is “definitely not” the case.

So, nothing to see here, gentlemen. If you still believe the rumor about a highly anticipated Microsoft game getting the axe, you better look elsewhere, because the bear and bird are still alive and kicking.