Because Link deserves to be cozy, too

Since we’ve been in quarantine, I’ve gone a bit stir crazy. My daydreams have shifted focus to all of the places I want to live before my fleeting time on Earth is up, and more specifically, what my dream home would look like. I blame it on all the HGTV my mom used to watch when I was a kid.

The past few weeks, playing Breath of the Wild has also been a welcome escape, and when I started visiting all of the different settlements in the game, my two fantasies merged, and I was suddenly picturing what it might look like to live in the towns from Breath of the Wild‘s Hyrule.

Yes, in a fantasy adventure game where I am a literal hero of ancient legend, I am daydreaming about living a very normal, boring life in a town. The heart wants what it wants, I guess. No one asked, but this is something I inexplicably care way too much about, so here are my thoughts.

Before we dive in, I should also mention that I’m going to talk about some of the side quests in Breath of the Wild (which are honestly the best ones in my opinion), so if you don’t wanna be spoiled, maybe save this one for another time. 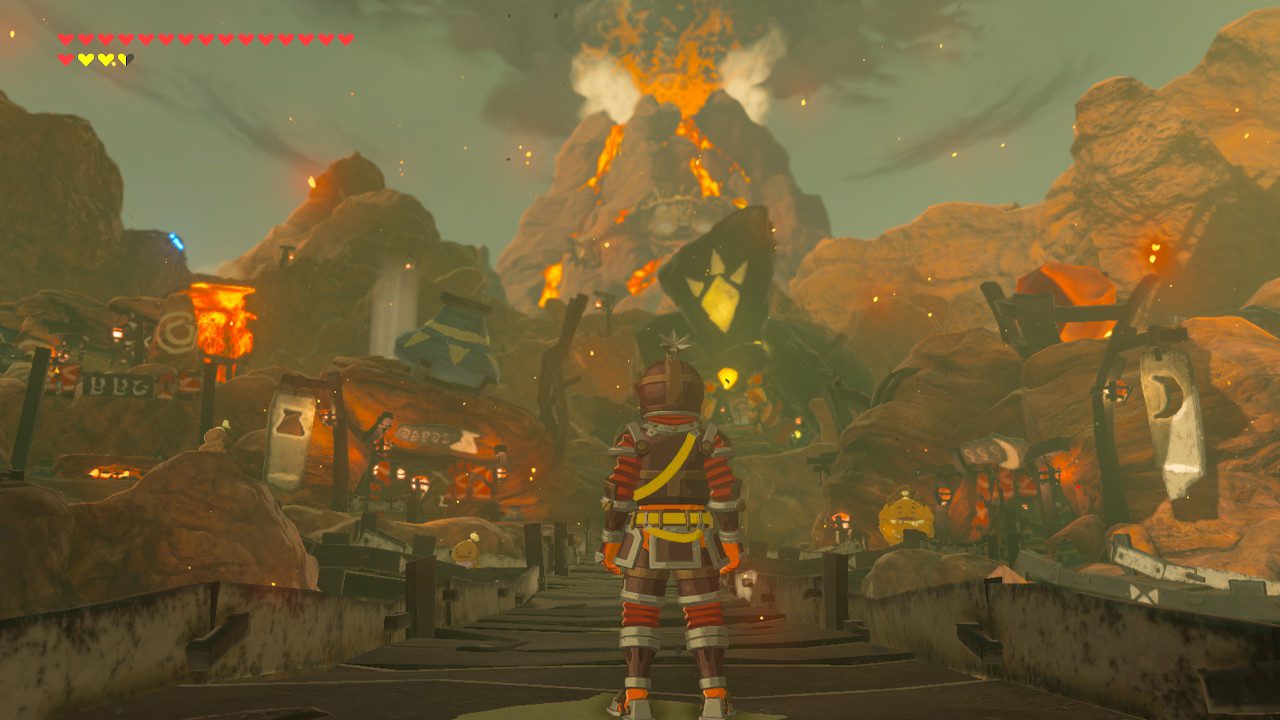 I feel like this comes as a surprise to no one, but Goron City is hands down the city I would want to live in the least in Breath of the Wild. It’s simple really: I want to live comfortably in my home without the threat of burning to death at any second, and I don’t think that’s too much to ask.

Of course, there’s always the Flamebreaker armor, but I get claustrophobic having to wear too-heavy a winter coat, let alone an industrial grade suit made of metal. I like the heat, but not this much, so I’m gonna have to pass on this one. 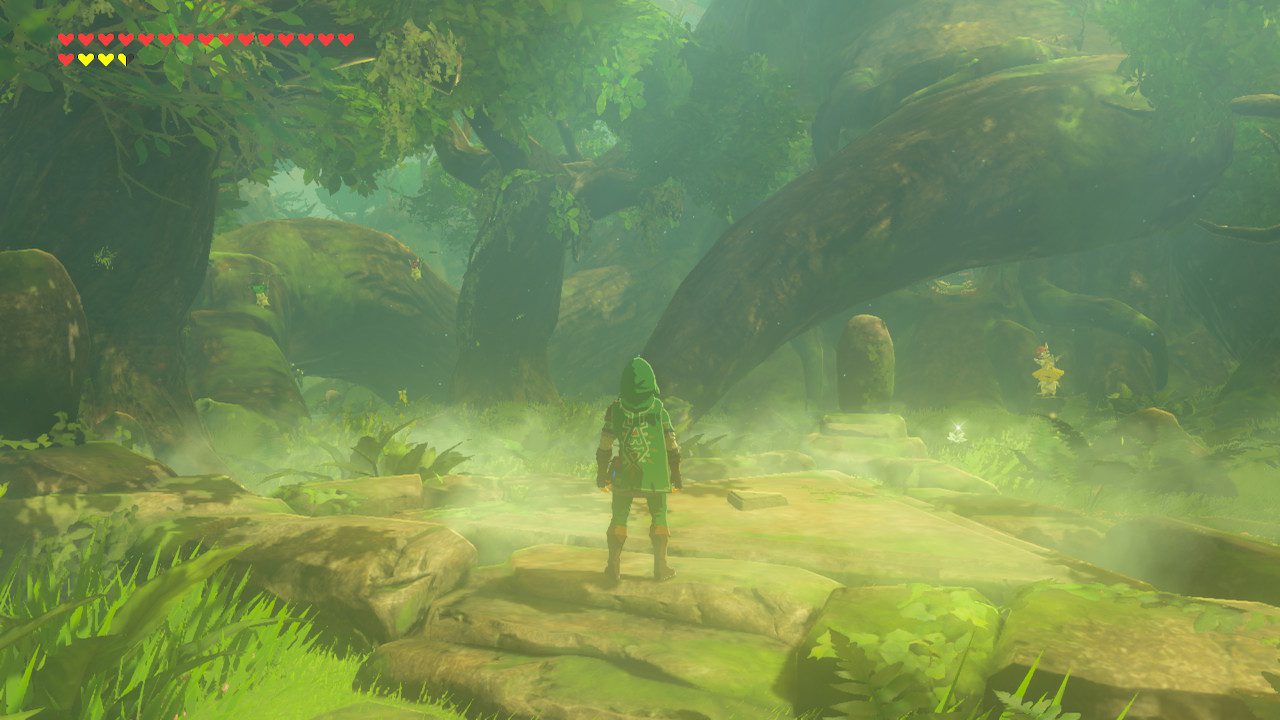 I was not originally going to include the Korok Forest on this list as it did not register as a town in my mind, but after I looked at the map, I saw that it was denoted by one of the town icons, thereby forcing my hand.

Listen, do I think the Koroks are adorable? Absolutely. Would I want to live in a place where they are everywhere? Not at all. I’m already going crazy from cabin fever, if I only had Koroks to talk to I would go absolutely feral. No thank you. 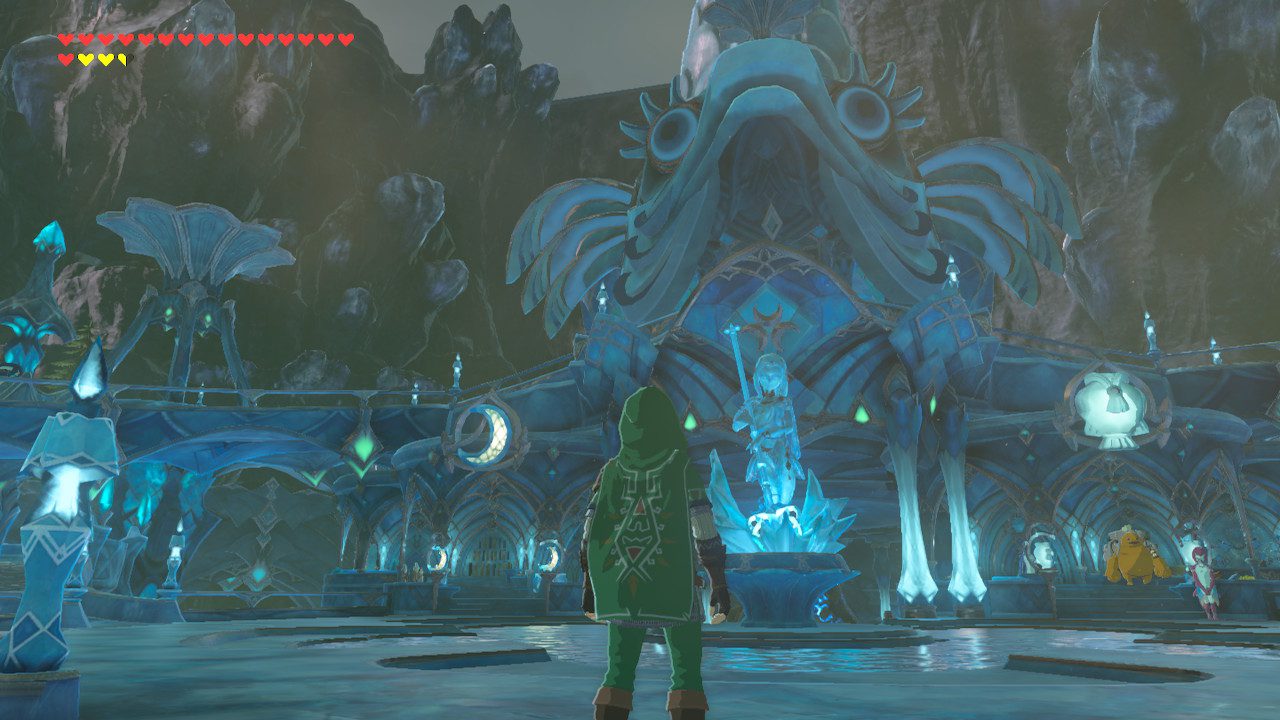 I think we can all agree that Zora’s Domain is really beautiful to look at, but when I’m considering where I want to live, it all comes down to comfort. It’s the same reason I hate the plague of minimalism that has taken over modern architecture — I don’t want to live in a museum, I want to be cozy.

I think my problem is that Zora’s Domain is just too… sleek? It’s a place I would want to visit for a day, but it’s not somewhere I would feel at home cozying up to a fire and reading a book. Plus, the lack of walls would be a real problem with any sort of weather that isn’t 75 and sunny. No thanks, I’m good. 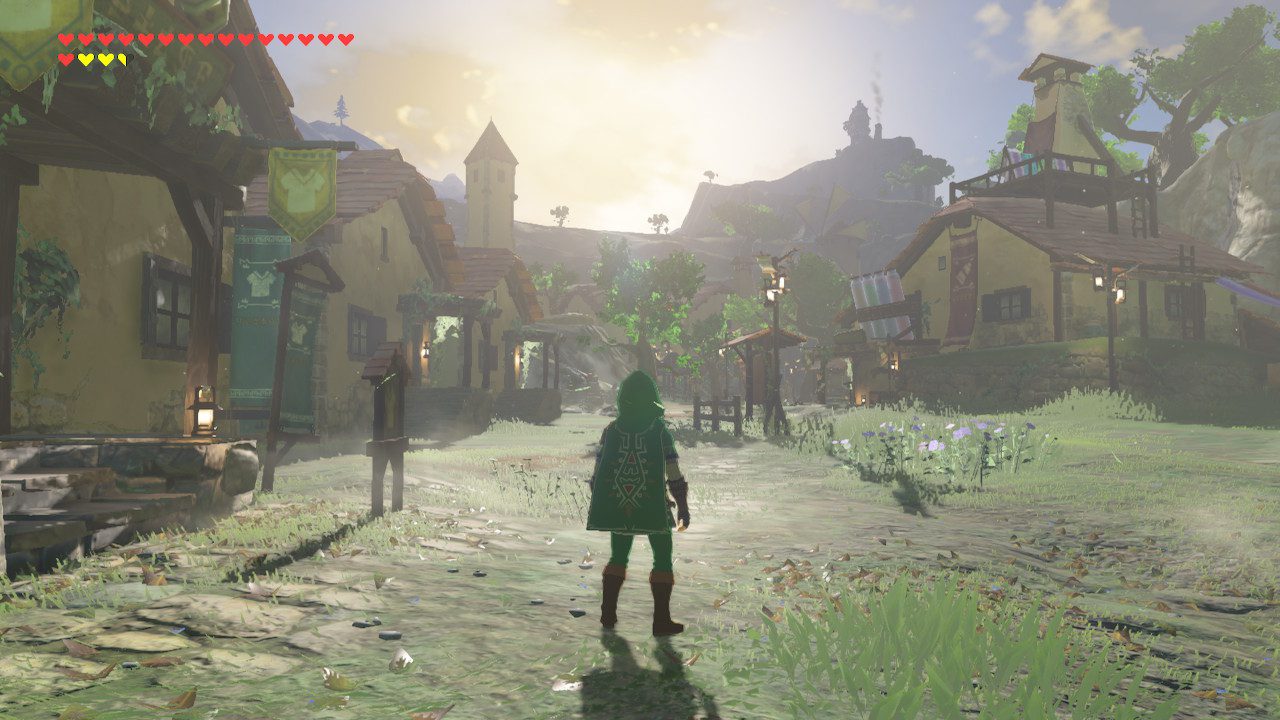 This is where the ranking starts to get difficult, because while the previous entries on the list are places I would actively not like to live in, I could take my pick of the rest of these. That being said, Hateno to me is the most vanilla of all the towns in Breath of the Wild, which isn’t necessarily a bad thing. Its look is simple, but it’s quaint and has lots of fun NPCs.

Of course, there’s also the fact that Link’s house is there if you complete the Hylian Homeowner quest, and having my own in-game home is endearing for sure. As much as I love Hateno, there just isn’t enough about it to make it really stand out, so here it is at number six. 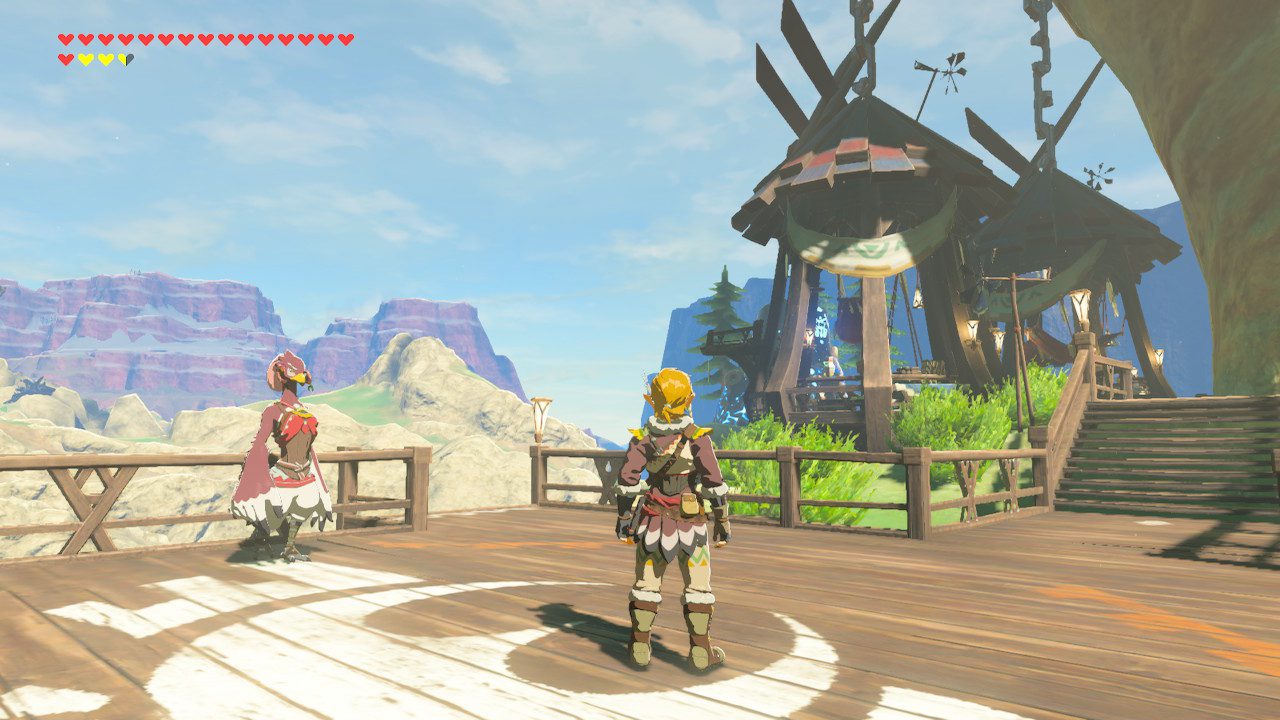 There’s a certain novelty to Rito Village that I really love. It’s almost got a Swiss Family Robinson thing going on. I love that the whole town is basically one giant staircase, and has those big platforms for the Rito to fly off of. It’s a really cool bit of worldbuilding that the Rito would build their town to be vertical, and most easily accessible from the air.

One thing I have to consider, though, similar to my critique of Zora’s Domain, is that there are no walls. If I was a Rito, maybe it would be ranked higher, but I am a tiny human who gets cold very easily, so the draftiness works against it here. I really love the beach. Always have. For that alone, Lurelin is ranked highly. It’s also got great views, and the outdoor market is one of my favorite touches. The problem is, though, Lurelin feels more like a vacation spot to me than a place I would live.

I think the biggest factor there is that it’s really remote, which would be great for when I needed a getaway, but I’m a city girl, so I love being close to where all the action is. Give me a bustling seaport and I’ll reconsider, but until then Lurelin is settling in at number four. 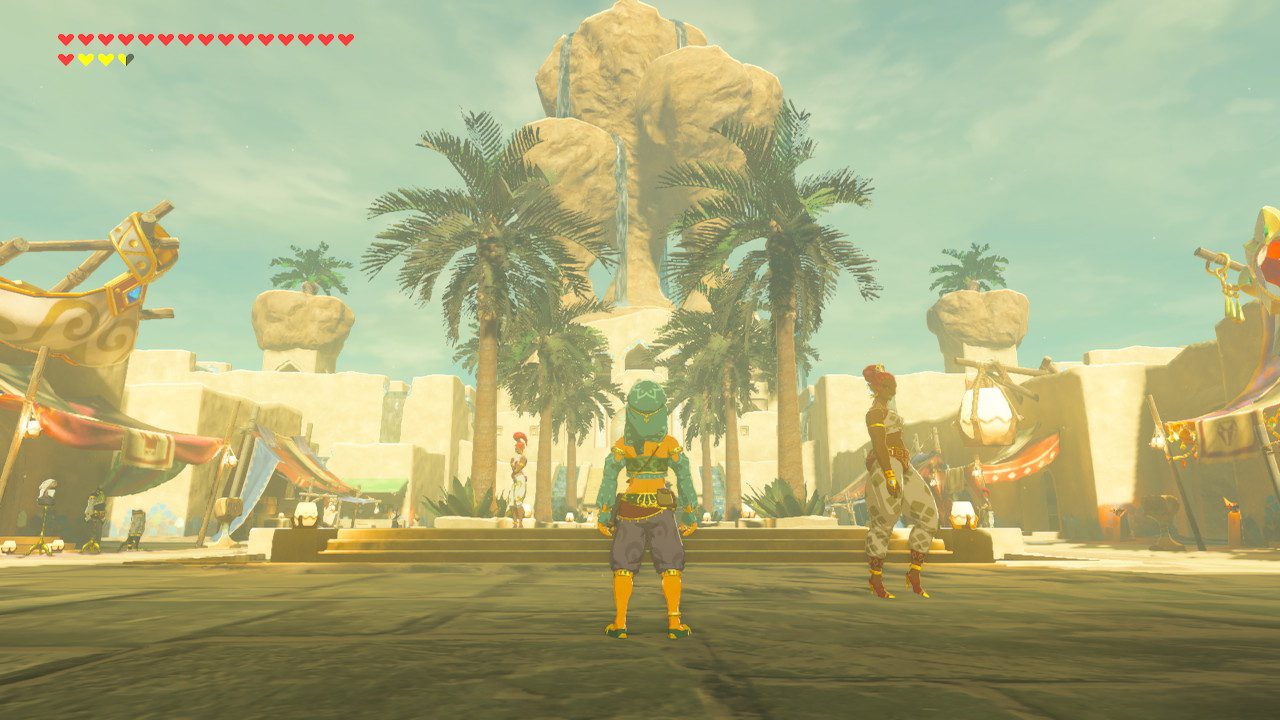 Of all the settlements in Breath of the Wild, Gerudo Town feels to me the most like a real city. There are all these cool passageways to explore, and the whole place feels like it’s bustling with people. There’s even a place that is heavily implied to be a bar, which I have nothing else to say about except “right on.”

The architecture is really beautiful too, especially that main courtyard as soon as you enter through the main gates. You get this grand view of the throne room and its steps in the middle, with the shops lining the sides along the way. It’s gorgeous, and one of my favorite places to hang out in-game. Plus I get to wear a cute outfit! 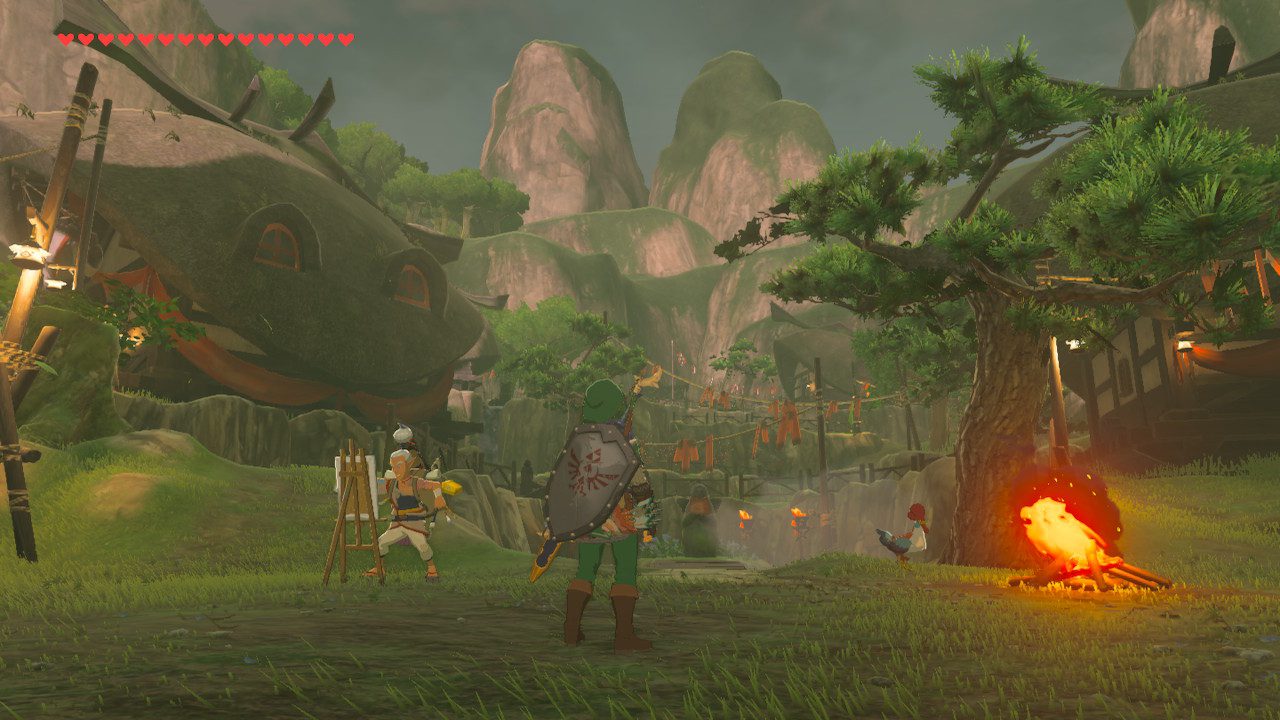 Visually, I think Kakariko has the most going for it. The houses, the red banners strung around town, the mountains surrounding it — it’s all stunning and makes Kakariko feel like a distinct place. It’s distinct, and striking, and I love it.

It also has some of my favorite sound design of any of the towns, partially because of the music, but also because you can hear all kinds of wildlife. It reminds me a lot of the summers in the Carolinas, so I can’t help but have a soft spot for it. 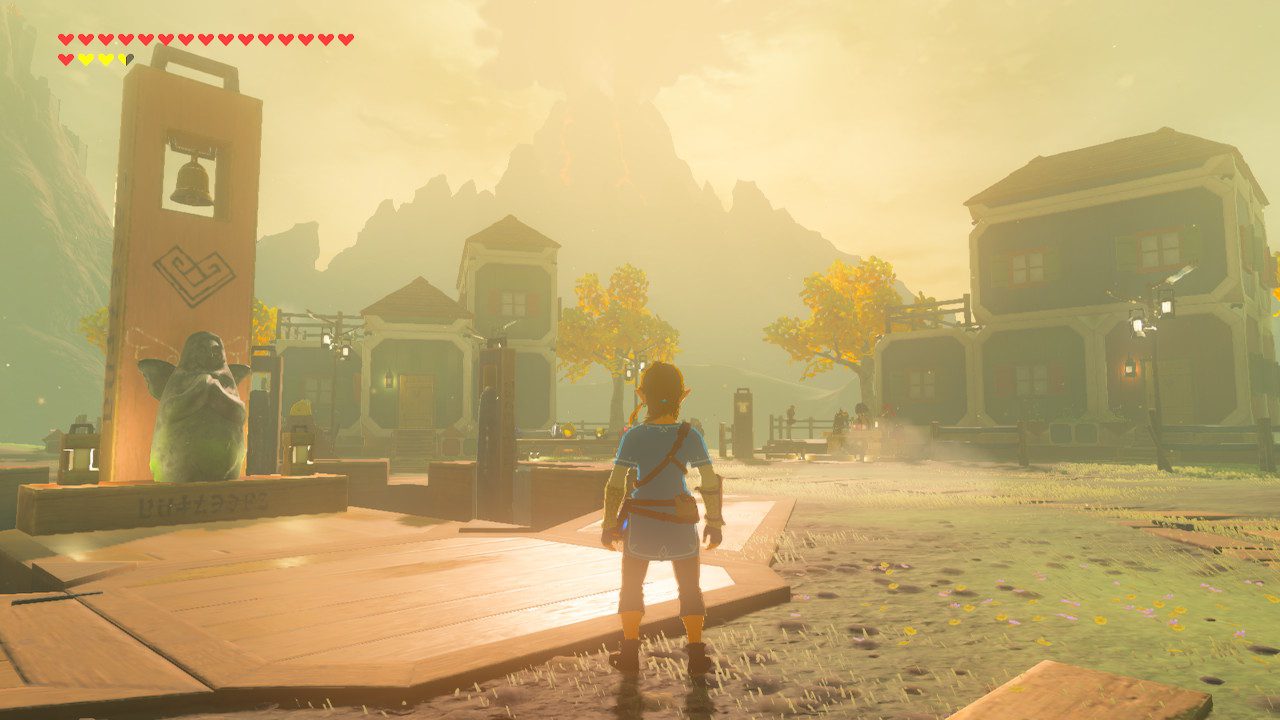 It was so hard to pick a favorite honestly — like I said I would pretty much be happy living in any one of these places (as long as it was listed after number seven). Tarrey Town eked out the win though, which I feel like is partially for sentimental reasons. Whatever, it’s my list and I’ll do what I want.

If you didn’t know, Tarrey Town is not a settlement that is initially, well, there. Instead, you have to build it through the “From the Ground Up” side quest, which is my favorite in the game. Basically, you meet a construction worker named Hudson who needs you to find him various patrons to help populate the town he’s building (as well as exorbitant amounts of wood).

From what I can tell it’s the longest side quest in the game, but well worth it. It takes you all over the map to find who Hudson needs, so it really feels like an adventure in and of itself. Plus, the finale of this quest is hands down one of the best moments of this game for me. 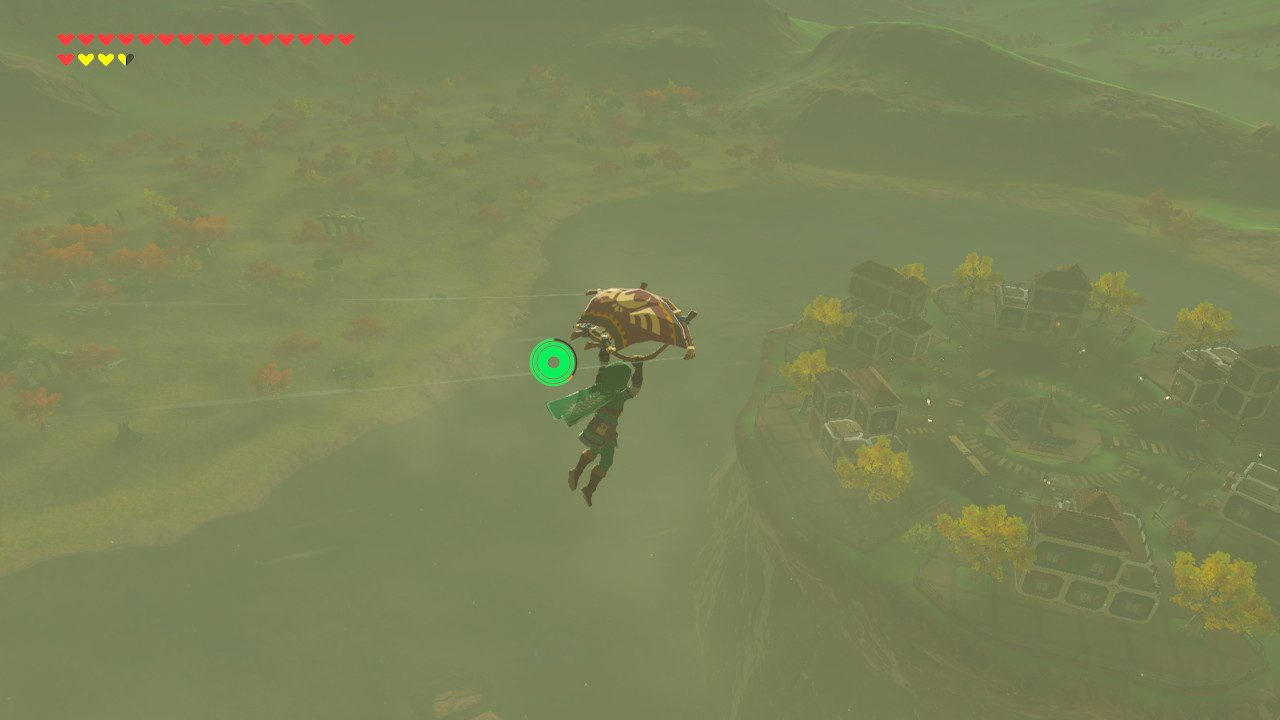 So okay, that’s just because I love the quest. What about the town itself? Well, the look of it is really cool. It’s on this big sort of island in the middle of a lake, with just a little strip of land acting as a bridge leading up to it. You get this great view of the Torin Wetlands, which is full of the autumnal-looking trees that characterize the Akkala region.

I also love the little square houses, and how they all form a circle. It feels like a community really lives there, which is doubly true after you’ve been endeared to all of the characters who will end up living there. As far as Breath of the Wild towns go, this is as good as it gets.

Well, that’s my list! What are your favorite places to visit in Hyrule? Would you want to live in any of them? Let me know down in the comments.