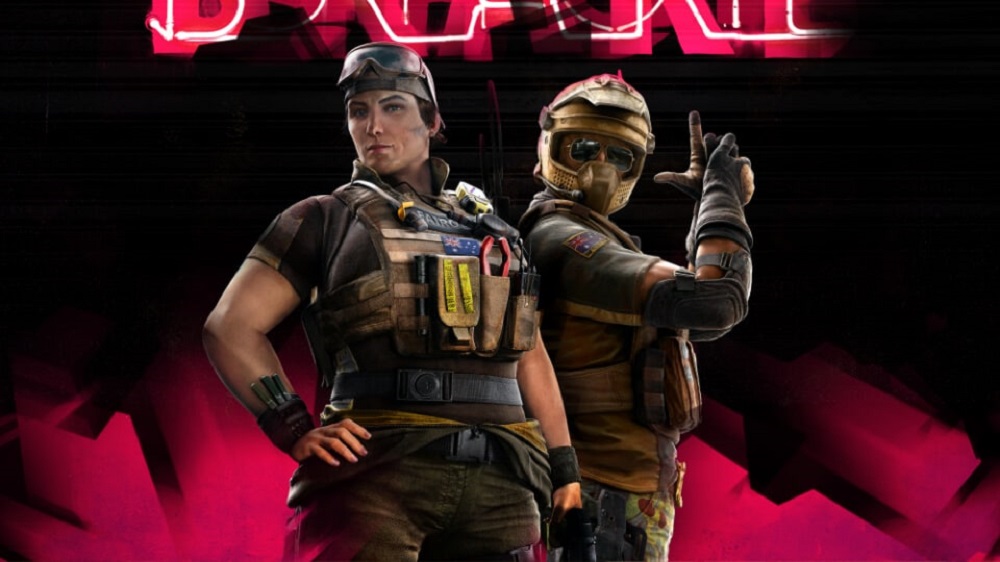 You new to The Yabba?

As a part of this weekend’s Rainbow Six Siege Six Invitational festivities, Ubisoft finally officially revealed what fans have known for quite some time now. Soon, our favourite counter-terrorist crew will be headed Down Under, when the “Operation: Burnt Horizon” update brings us two new operators – and a new map – from the beating heat of Australia.

Our first operator is Queensland farm-girl Tori Tallyo Fairous, known by her call-sign “Gridlock.” This tech head is an Attacker, and is armed with an invention of her own devious design, “Trax Stingers.” These are essentially road spike strips, like the kind police toss out to stop speeding vehicles, but designed for human feet. Ouchies. They sound very much like a defender tool, rather than an attacker’s, so it will be interesting to see how they come into play in the thick of battle. Gridlock is 1-3 Speed/Armour.

Max Goose, known by his call-sign “Mozzie,” is Gridlock’s best pal, the two having been inseparable since their teens and during their time with Australia’s Special Air Service Regiment (SASR). Mozzie is an unstoppable blabbermouth and attention-seeker but, as a paramount Defender, is able to get the job done thanks to his device “The Pest,” which can hack and re-appropriate enemy drones to his control. Very cool. Mozzie is 2-2 Speed/Armour.

Alongside these buddies comes the previously revealed new map, Outback. This is an abandoned service station, situated out in the middle of nowhere. Featuring a garage, a cafe and a gift shop, as well as various rusted containers and a musty old gas station, this close-quarters locale looks set to provide fast and furious action, all taking place under the torturous outback sun.

Operation Burnt Horizon is expected to drop on test servers soon, although no strict launch date has been announced. Rainbow Six Siege is available now on PS4, PC and Xbox One.