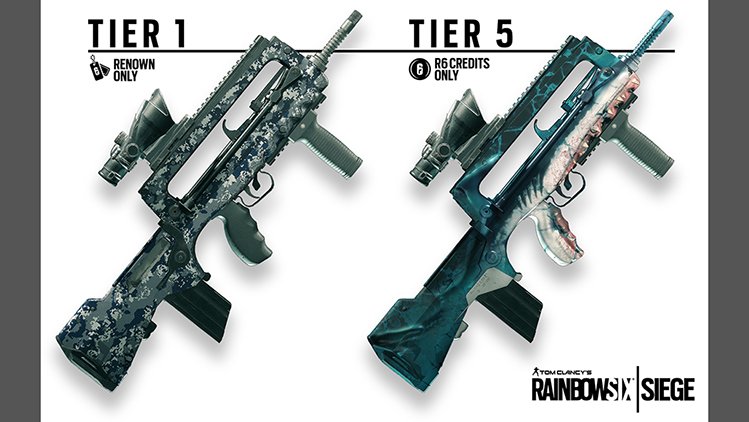 Some free, some paid

Rainbow Six Siege releases on December 1, but Ubisoft wants people playing well into 2016. In a post over on the Ubiblog, the studio shows off its Year One Roadmap and details its plans for downloadable content.

In the wake of consumer unrest over DLC practices in other competitive multiplayer games it looks like Rainbow Six Siege is handling it about as well as can be expected. There are four planned updates sprinkled throughout the year. Each will bring two new Operators (characters) and one new map, both available for free with the former requiring Renown (in-game currency) and the latter unlocked immediately. Additionally, the updates will add new guns, also purchasable with Renown. Ubisoft is clear that it doesn’t want to split the community or give anybody who pays extra an advantage.

Also noted in the blog post is a system akin to Destiny‘s to keep people playing. Daily Challenges will pop up and give players additional tasks to complete, with the reward of extra Renown.

Ubisoft definitely wants to rope players in for the long haul. Though the downloadable Operators won’t necessarily cost any extra money, they will each take about 25 hours worth of gameplay to unlock. Those following along might note the math: that’s at least 200 hours of play time over the course of the year in order to have access to all of the characters. That’s not unheard of, but it will certainly take some commitment.

Of course, anybody who wants the new characters without putting in the time and effort can unlock each one immediately upon release for five dollars. You know a big publisher like Ubi wouldn’t pass up an opportunity to profit on impatience. 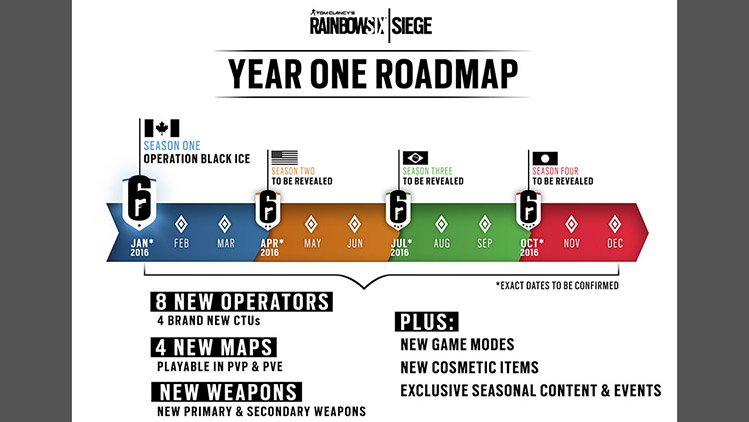