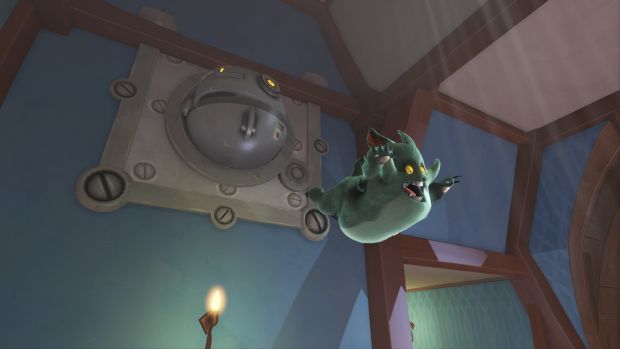 Quantum Conundrum is a wonderful upcoming puzzle platformer from creative director Kim Swift. Her past work includes Portal, and while the game has some influences from Valve’s little puzzler, Quantum Conundrum takes things to a whole different level as you have to tinker with a variety of physical properties to solve puzzles.

My hands-on time started from about the beginning of the game, and the further I progressed, the more hooked I got. The puzzles are challenging, yet simple enough that you don’t feel like a total idiot trying to get through the stage. 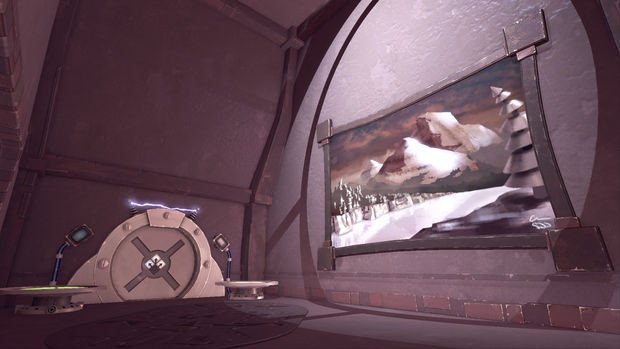 Quantum Conundrum revolves around a young boy exploring his uncle’s enormous laboratory. His uncle, Professor Fitz Quadwrangle, disappears after a failed experiment, and with the power of the Interdimensional Shift Device (IDS), the boy will shift dimensions and solves puzzles to find his uncle.

The IDS lets you switch between four dimensions, the first two being the fluffy and heavy dimensions. The fluffy dimension makes everything lighter, allowing you to pick up typically heavy objects like a safe with ease. Then there’s the heavy dimension that will make something like a cardboard box weigh a ton. 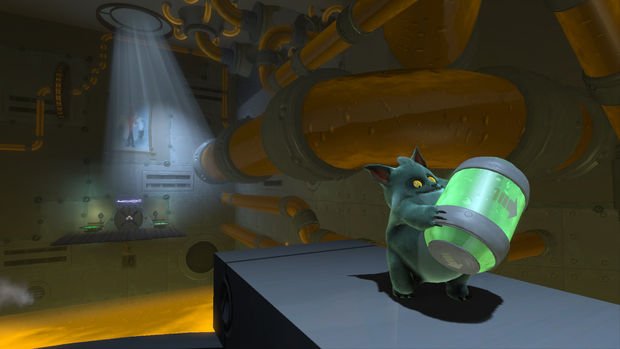 You won’t necessarily always have access to all the dimensional powers. Some rooms switch dimensions at set times, while other rooms let you switch on the fly. Some of the rooms will even require you to first power up the IDS, with the source energy placed somewhere in the room that you need to acquire.

The puzzles won’t be as simple as placing the cardboard box on a button then switching to the heavy dimension, either. In one instance, there was a glass window that I needed to break to get through and the only object in the room was a safe. In this case, you have to switch to the fluffy dimension, pick up the safe, then throw it at the glass. With the safe airborne, you’ll need to switch back to normal space so the weight of the safe can break the glass.

That’s just a very quick look at Quantum Conundrum.  The game has an extremely fun puzzle system on top of a funny story and cute visuals. I did not want to put the controller down at all during my hands-on session.

Plus, John de Lancie is the voice of Professor Fitz Quadwrangle, and he’s constantly saying insane things to the player. Maybe it’s because I hated him so much every time he would pop up in Star Trek, but every time he started speaking it just kept me wanting to solve the puzzles faster, thinking my prize at the end of game would be a chance to throw a safe at his face. LEAVE JEAN-LUC PICARD ALONE, Q!