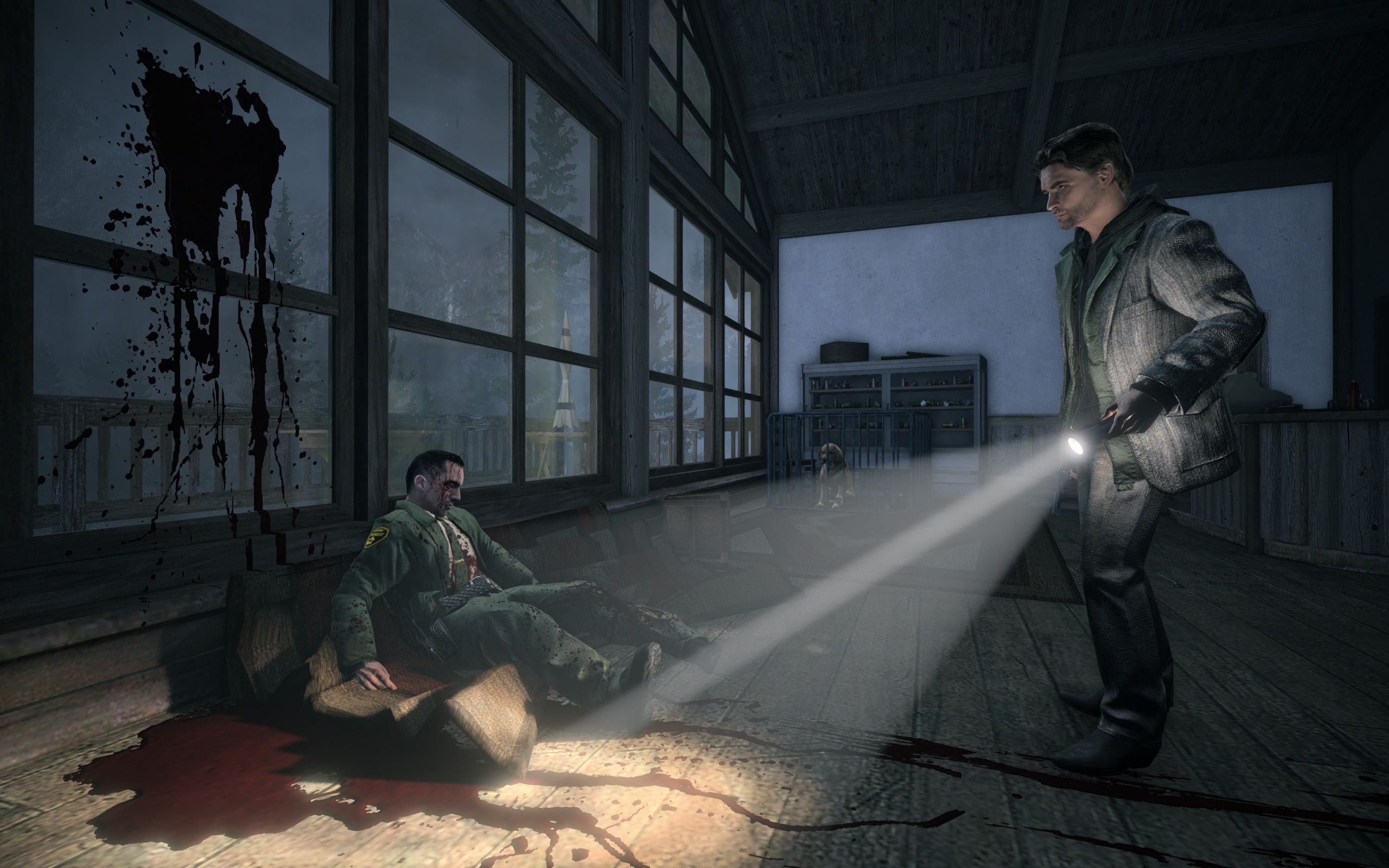 Remedy (Max Payne) is finally getting Quantum Break out the door in April and it looks a lot different from when I first saw it in 2013 (and just look at 2012’s prototype footage). Since then it’s gotten the Hollywood treatment as well as picked up a couple The Wire alum.

But you can read all about Quantum Break elsewhere. We’re here to talk A. Wake (and S. Lake).  This holiday greeting features clips from the in-game, live-action commercial for Return, a fake show starring Remedy head (and Max Payne face) Sam Lake as an FBI agent. You can watch the commercial air on a television in Quantum Break.

Additionally, there’s this chalkboard from a university lesson that appears to be a deep, critical analysis of Alan Wake. It also refers to Joseph Campbell’s Hero’s Journey and refers to “Return” not as a specific title, but as the third and final part of the journey. Specifically, next to “Return,” it reads, “the second manuscript.” Of course, Remedy has also straight up said for a while now it plans to make more Alan Wake. With work on Quantum Break wrapping up (it seems final on Xbox One, while the PC version is still being worked on for simultaneous launch on Windows 10), it makes sense that a return to Alan Wake is next.