Turns out those 17 years spent begging on your knees, like the dirty Nazi-monk you are, paid off!

Rise of the Triad, the zany 1995 first-person shooter helmed by post-id Software Tom Hall, will receive a sequel developed by Apogee Software and Interceptor Entertainment. This reboot will be available on PC and Mac (via Steam) later this year.

The developers are staying faithful to the original with five playable characters, a single-player campaign, and chaotic multiplayer. Even dog mode and the Excalibat will return! You can also play with the original sounds and music. Though nostalgia is a major goal of this release, the game is being made in Unreal Engine 3 and will feature a heavy metal rendition of the original soundtrack. 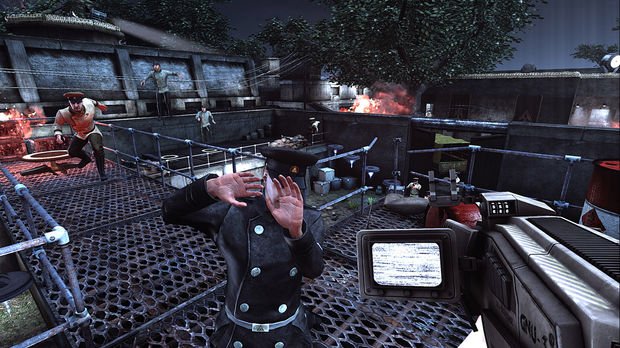 In 2007, Apogee (the original) founder Scott Miller said that current day Apogee (not founded by Miller, confusingly) were planning on a ROTT reboot, but I didn’t believe it. Here we are, five years later, and I’ve been proved wrong.

Interceptor seem like the perfect group for the project. They have yet to prove themselves with a shipped title (no updates on their Duke Nukem 3D HD remake), but they clearly have a passion for this series and staying true to old-school PC gaming.

“We are all about fast-paced action and this was simply a perfect match for us as fans of old school shooters,” Interceptor CEO Frederik Schreiber said.

Although I was expecting a Doom 4-related reveal, I’m ecstatic over this news. ROTT will be on the show floor of QuakeCon all week. In fact, I’m going to go play it right now. Check back for my impressions on the game. Until then, get on your knees and pray for a Heretic reboot.