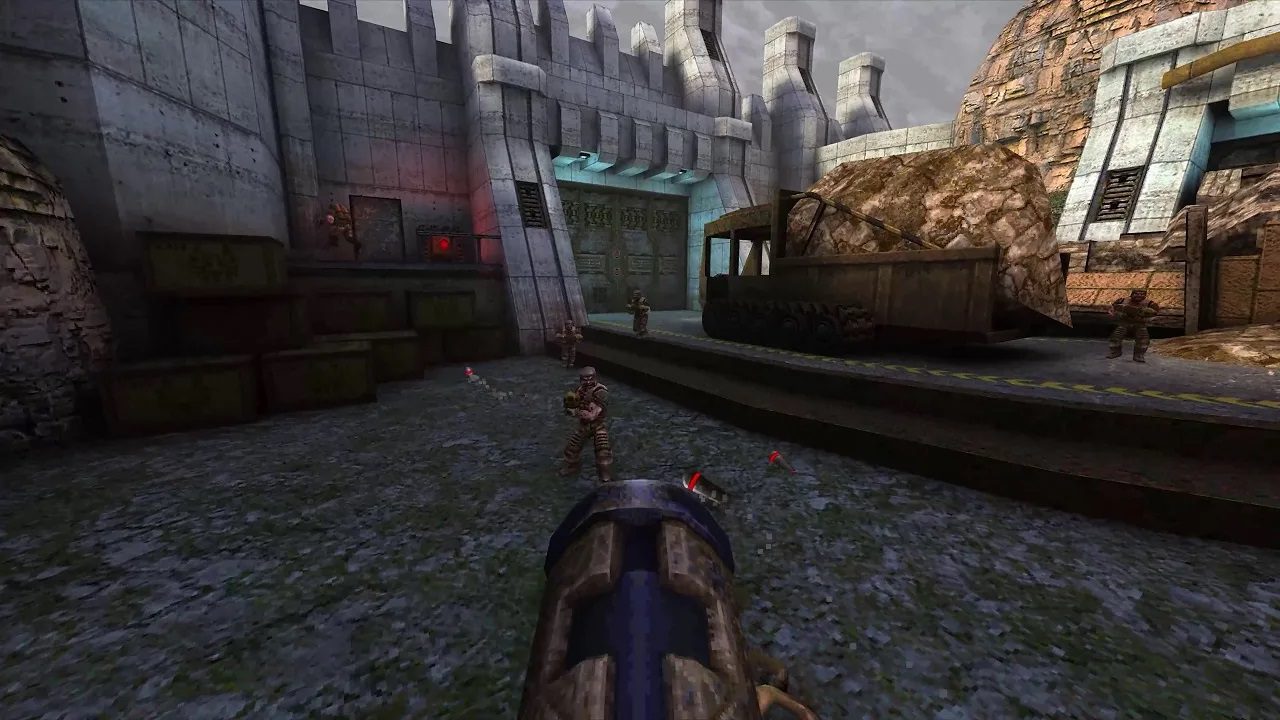 Just in time for QuakeCon, here’s some Quake

After popping up on the radar a few times ahead of this weekend’s QuakeCon, a remaster of the first Quake game is out now. The remaster brings Quake to PC, PlayStation 4, Xbox One, and Nintendo Switch with next-gen versions (and a free upgrade) on the way, and it’s got some extra content in store, too.

According to the store description on Microsoft and the Nintendo eShop, this version of Quake will get higher resolution (depending on platform) and widescreen support. There are also some visual touch-ups, like anti-aliasing and enhanced models. The remaster will also still have its soundtrack, including the theme by Trent Reznor.

On the single-player side, there’s obviously Quake‘s campaign. Also included are the Dark Fantasy campaign, The Scourge of Armagon and Dissolution of Eternity expansions, and two more expansions developed by MachineGames: Dimension of the Past, and the all-new Dimension of the Machine.

In Dimension of the Machine, you travel across space and time to bring together lost runes, powering a long-dormant machine to open a portal that’s hiding the “greatest threat to all known worlds.”

If multiplayer’s more your speed, the Quake remaster will also have both online and local multiplayer. There’s support for four-player local split-screen, dedicated servers for online matchmaking, and peer-to-peer support for custom matches. Crossplay is also enabled, so you can match up against both your Switch pals and PC pals.

All of this, plus gyro-aiming on the Switch and a pretty reasonable $9.99 price point (or available simply as part of Xbox Game Pass), is a pretty rad announcement for nostalgic Quake players like myself. It’s been literal decades since I first picked this series up, but I’m very ready to hop, strafe, and frag my way back in.