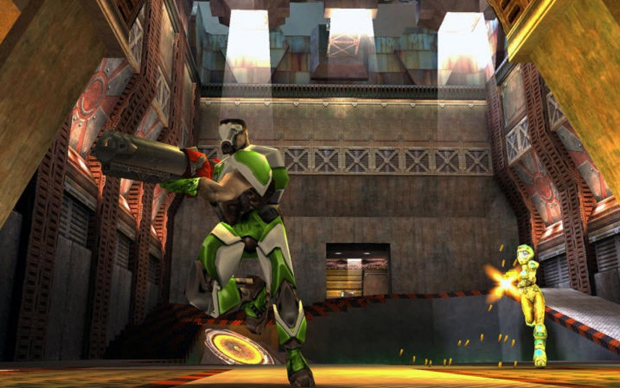 Gosh, Quake Live brings me back. Bethesda has announced that the standalone client for this free-to-play, browser-based game is out now on PC. Existing players will need to download a launcher which will update their installation files. Current Mac and Linux players, on the other hand, are out of luck. The new client is PC-only, so the only way to continue playing will be through emulation or visualization software running on those platforms. That’s got to sting.

I’m not sure what psychological forces are going on in my head while playing in-browser games, but something about those experiences tend to rub the wrong way. I never stick with them — unless it’s a short adventure title like Samorost. Playing something as involved as Quake in a browser, however, feels weird to me. Probably for no good reason.

Now that it’s gone standalone all these years later, I don’t really have any desire to play. Rats.