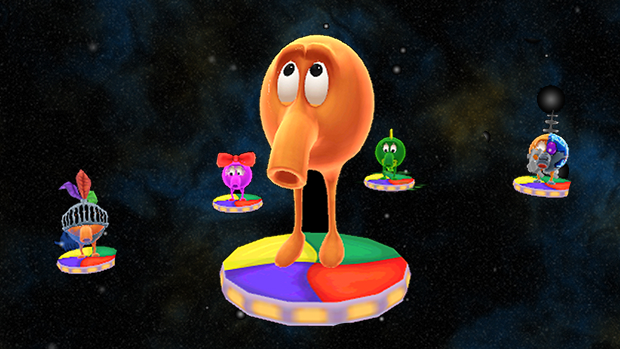 It has been a long time since we have seen or heard anything new about the classic arcade game Q*bert. Despite being such an iconic character for its time, the weird orange macaroni-nosed jumper never really rode the wave to persistent videogame superstardom like some of its contemporaries. Sure, there was a cartoon based on Q*bert in the 1980s, and there have been periodic re-releases, but it had not received much of visual update until its appearance in 2012’s Wreck-It Ralph.

Developer Galaxy Pest Control is bringing the new look to a game in Q*bert Rebooted, but it is including the classic game as well. In the updated version, Q*bert will hop around on hexagons rather than squares, and players can expect some of the typical modern trappings like achievements and additional characters. @!#@?!

Q*bert Rebooted is set to release on Steam on July 8 for $4.99, with mobile and tablet releases planned for the future.