This game never ends (and I’m okay with that!)

I forgot just how absorbing Puzzle Quest can be when it’s done right. A few battles here, a few spell upgrades there, and next thing you know, you’ve been matching color-coded tiles for hours on end.

After a few missteps, the once-beloved match-3 series lives on with an enhanced port for Nintendo Switch called Puzzle Quest: The Legend Returns, out tomorrow on the eShop for a very reasonable $14.99. The package assembles Challenge of the Warlords, Revenge of the Plague Lord, and a new-for-Switch expansion, Attack of the Golem Lord, for a combined total of more than 240 quests.

This isn’t necessarily something I’m ever going to beat, but gosh, what a brilliant concept. 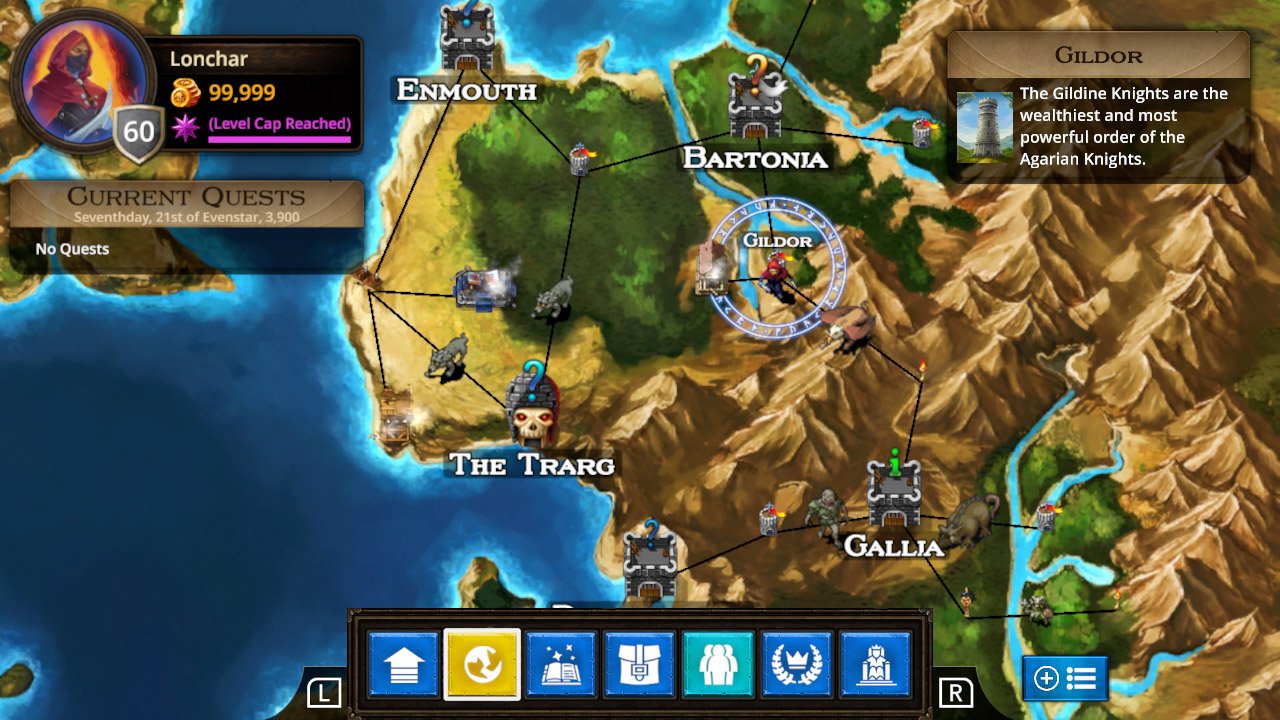 There’s no shortage of match-3 games, but what sets Puzzle Quest apart is everything surrounding the familiar puzzle hook: all those sweet RPG mechanics. This game has honest-to-god character builds.

You’ll start out as a humble adventurer in a fairly generic fantasy world, and as you win battles against skeletons, ogres, and all manner of beasts, you can learn spells and kit yourself out with ability-enhancing gear. There are a ton of classes to pick from – including the newcomers Blood Mage, Priest, Monk, Paladin, and Elementalist – and your spells will inform your ideal puzzle-matching strategy.

How does Puzzle Quest play? The gist is that red, yellow, blue, and green gems correspond to different types of mana, while coins earn you gold, purple pieces award XP, and skulls hurt your opponent. Whoever runs out of HP first loses. If you make a match of four or higher, your turn is extended, and spells are fueled by mana. Lesser spells like Sneak Attack take four green and four blue mana to cast, whereas something powerful like Assassinate requires saving up mana across all four categories.

Players take turns making matches, almost like they’re in a giant, cascading game of Connect Four. The idea is to set yourself up for success in the short- and long-term while also denying the competition a chance to make hard-hitting moves. Luck plays a factor, of course, but the AI usually isn’t unreasonable.

For instance, I’ve built out Belithas – my beloved, randomly-named, cantankerous-as-hell elderly Paladin – in such a way that I should prioritize yellow, blue, and green gems, and then go for red. Instead of matching skull tiles for easy damage, in most cases, I prefer to build up my mana reserves early and then go all-out with a wave of offensive spells to close out the battle. Certain foes will force you to adjust, though, and that’s part of the fun of strategizing, grinding, and fine-tuning your build.

With my current setup, my health is topped up each turn if I have enough blue mana, so that’s the first order of business. Then, I can use back-to-back complementary spells to transform most of the board into yellow gems, make a huge chained match for an influx of mana, and cast a yellow-gem-powered attack spell multiple times over to quickly melt the enemy’s HP away. It took some grinding to get here.

You need a base appreciation for match-3 games to get anything out of Puzzle Quest, but the RPG elements really flesh out the experience. They’re quite the motivator. Capturing monsters to learn their spells, taking over cities to accrue passive income, forging items, training mounts – the list goes on. The main story is beefy enough on its own, and there are tons of side quests and distractions, too. 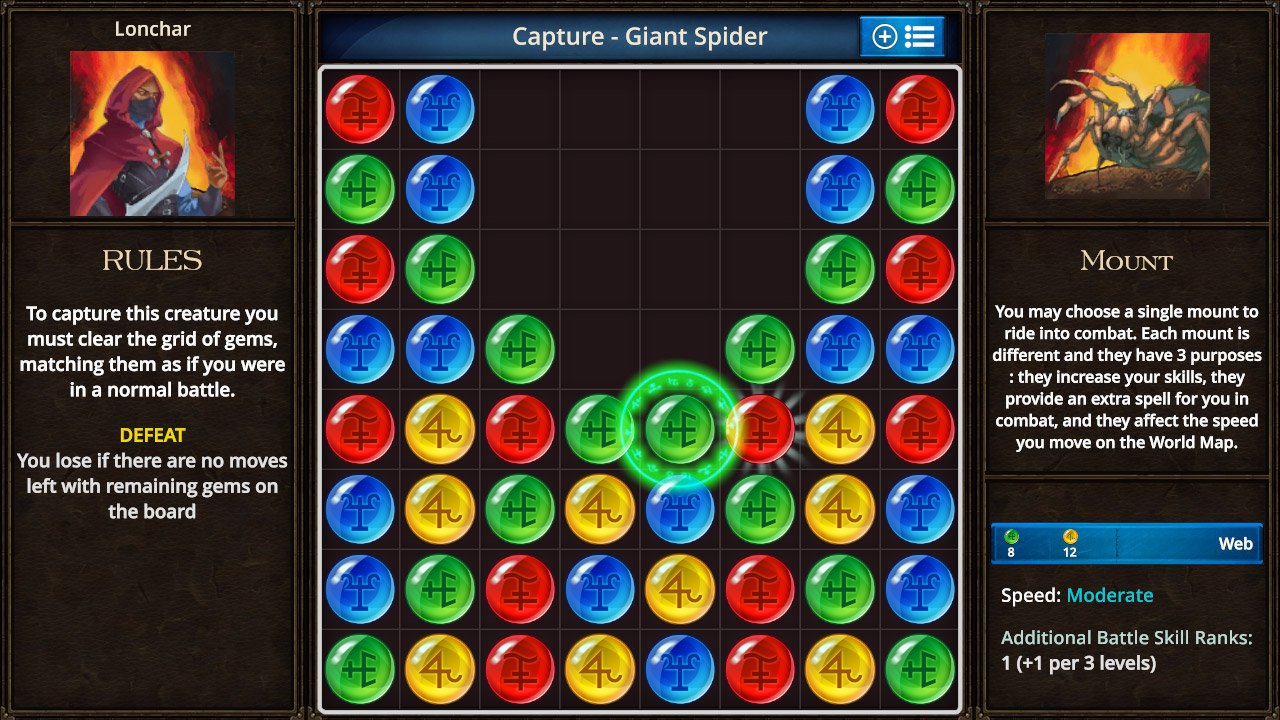 If I have any criticisms, they’re mostly technical. There’s a tendency for big matches to result in temporary hitching/stuttering as the game struggles to keep up with itself. It’s a noticeable blemish, but it doesn’t last long. As such, I kind of just got used to it over time. I also lost interest in the storyline (not that I set out to play Puzzle Quest for its narrative). It’s there if you want it; otherwise, nothing is stopping you from skipping over dialog and cutscenes in favor of pure puzzling action.

While there are quite a few menus to pore over, especially as The Legend Returns starts to open up, I found the interface, controls, and text size to all be on-point when playing my Switch in handheld mode. I much prefer using the two analog sticks (one for cursor movement, one for active gem swapping), but the Switch’s touch-screen controls are fine here. Also, if for whatever reason you’re worried about potential load times, don’t be – this game is conducive to portable play sessions.

Puzzle Quest: The Legend Returns deserves a spot on your home menu, plain and simple. If you missed this series the first time around, go for it. This is an excellent rendition. If you’re already hooked and have been for years, come back for seconds anyway. It’s Puzzle Quest as it should be.