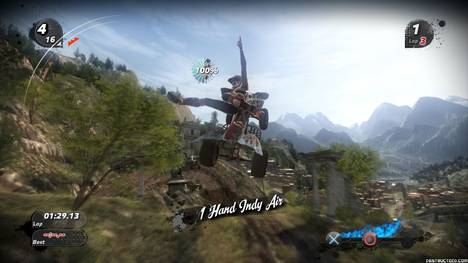 Disney Interactive has announced that the demo for their upcoming action-sports racer, Pure, will be available on Xbox LIVE Arcade and PlayStation Network this Thursday, September 4.

The demo takes place in Italy, on the Mount Garda track in a three-lap race against 15 computer controlled opponents. The demo also includes a brief tutorial to get your feet wet with the game’s controls, which consists of fancy tricks and kicking up a whole lot of dirt. If you’re impatient, Xbox 360 owners can pick up a demo of the game right now at select retailers with a pre-order.

Disney sent us the demo a few weeks ago, and we definitely enjoyed the small taste. I’m personally starting to play the full version of Pure today for a review which will be going live later this month before the game’s release. Stay tuned. Vroom!