It’s how you make the news these days

Unable to garner any media coverage for its upcoming JRPG, the publisher of Sun Blanket Star Pastry Chef ReB;rth confirmed today it has altered one of the costumes in the game just so somebody would start paying attention to it.

Kevin Cohen, spokesperson for Cobalt Games, said the publisher had done everything in its power to raise awareness for the soon-to-be-released Vita exclusive.

“It’s hard for a small studio like us to get into the spotlight and we tried everything,” Cohen explained. “We sent out press releases, we posted screenshots, got a big-ass booth at PAX, held an AMA — nothing, nobody cared. We even sent out some review codes to a couple of guys on YouTube, but those assholes just flipped them on G2A. It felt hopeless, but then we realized if we want the entirety of the internet to talk about our game, all we have to do is add some extra fabric to one of the female characters.”

The team decided to make a quick change to Mikiki, one of the seven high school students in the game tasked with saving the world from a giant monster possessed by the spirit of Joseph Stalin. At first, the publisher was ready to redesign her entire outfit from scratch but figured the lazy option of slapping a skirt on the girl would achieve the same desired results. 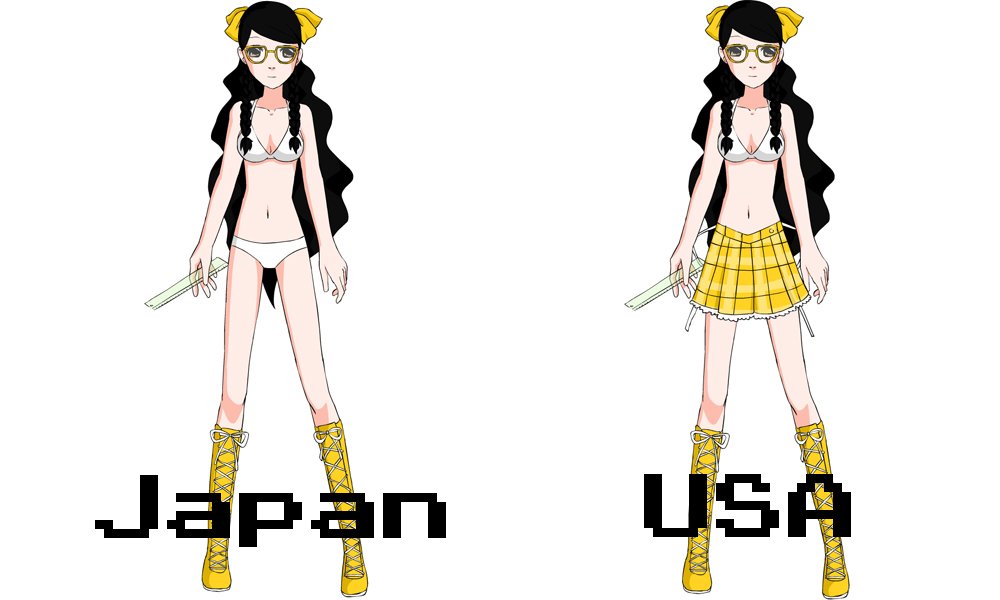 “It’s turned out to be way more successful than we could have possibly imagined,” Cohen boasted. “Since we put a skirt on Mikiki, our game has made the front page of nearly every gaming website. We have three different reddit threads both condemning us and praising the decision, our Facebook feed is filled with death threats and people telling us they’re going to buy our game used now, which is great because as of last week they probably weren’t going to buy it at all. Plus, more than 20 YouTube personalities have posted hours of diatribes against us, meaning news of the game is finally reaching Millennials. Is all of the coverage positive? Not really, but at least these people are now talking about Sun Blanket Star Pastry Chef ReB;rth.”

Cohen hopes to keep the media coverage going until the game’s release, although if it dies down he’s already prepared a Twitter post that will claim the company is bringing back the original costume as a way to “stick it to those SJWs.”