One of the easiest complaints to levy at PlayerUnknown’s Battlegrounds is its obvious lack of character customization. On the one hand, the game is still in Early Access which means that it has a lot of growing to do; on the other, it has raised more than $100 million in revenue and is consistently at the top of the Steam player charts.

Adding more character variation is one of developer Bluehole’s priorities, though. In an interview with PvP Live, executive producer Chang Han Kim said “We plan to give our users much more control over character appearance by implementing Anticto’s Mutable character customization system. Soon, you will be able to design your character to a tee.”

This feels more important than in a lot of other games because in PUBG, your character spends a fair amount of time nearly-naked and punching for survival. Having the perfect tattoo and skin tone makes a difference when you aren’t even sure if you’ll find some gear to cover it up.

In unrelated news, Ray, Jordan, Steven, and myself formed a squad this weekend in hopes of murdering 96 other people. We were never successful, but here we are rolling four deep in a Jeep: 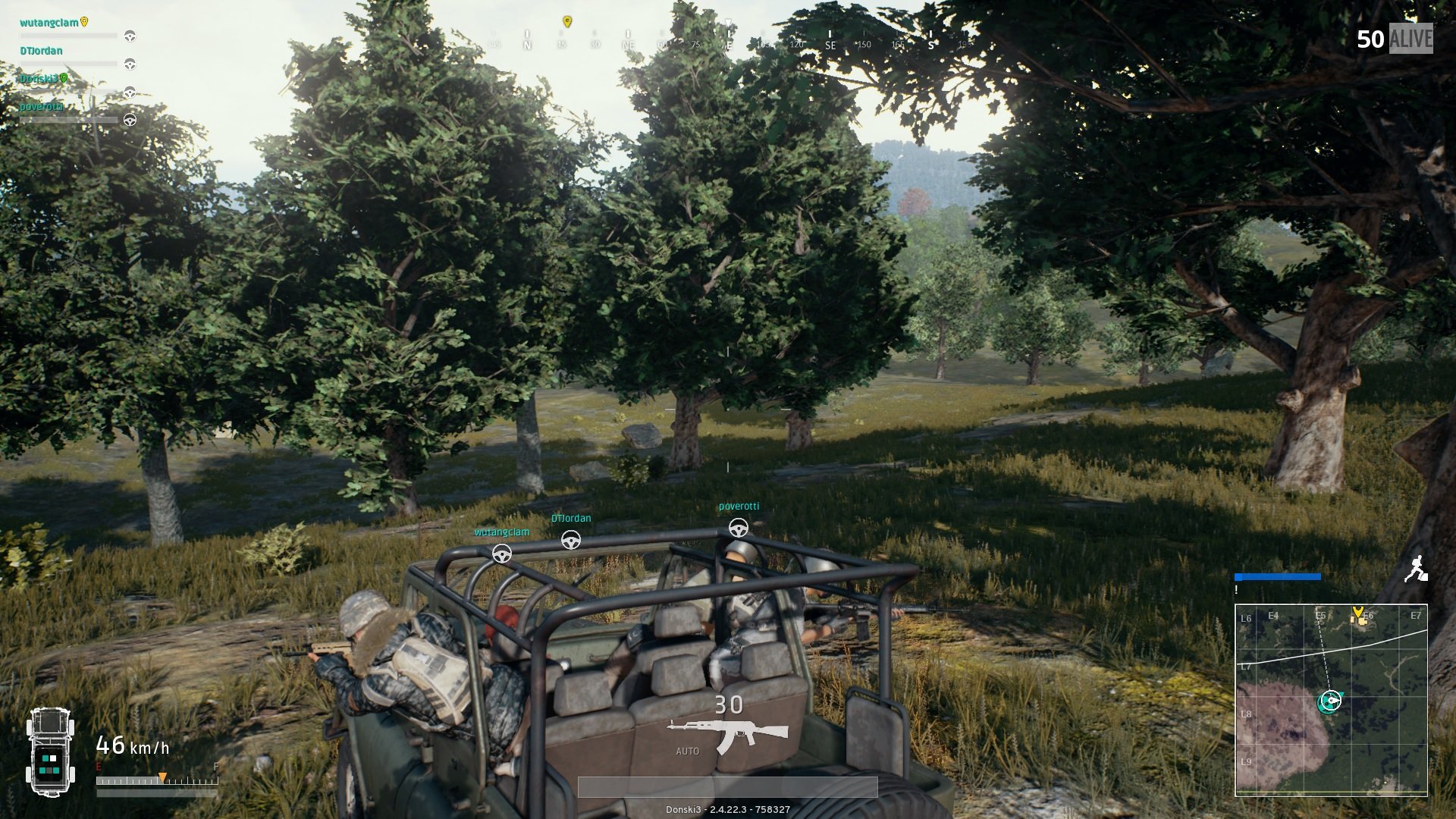 Part of the reason for our failure is because Ray has an itchy trigger finger. It’s tough to win when you’re taking buckshot to the head from your own teammate.

In our first full squad PUBG match, I domed @Donski3 with a shotgun and honestly I still feel bad about it