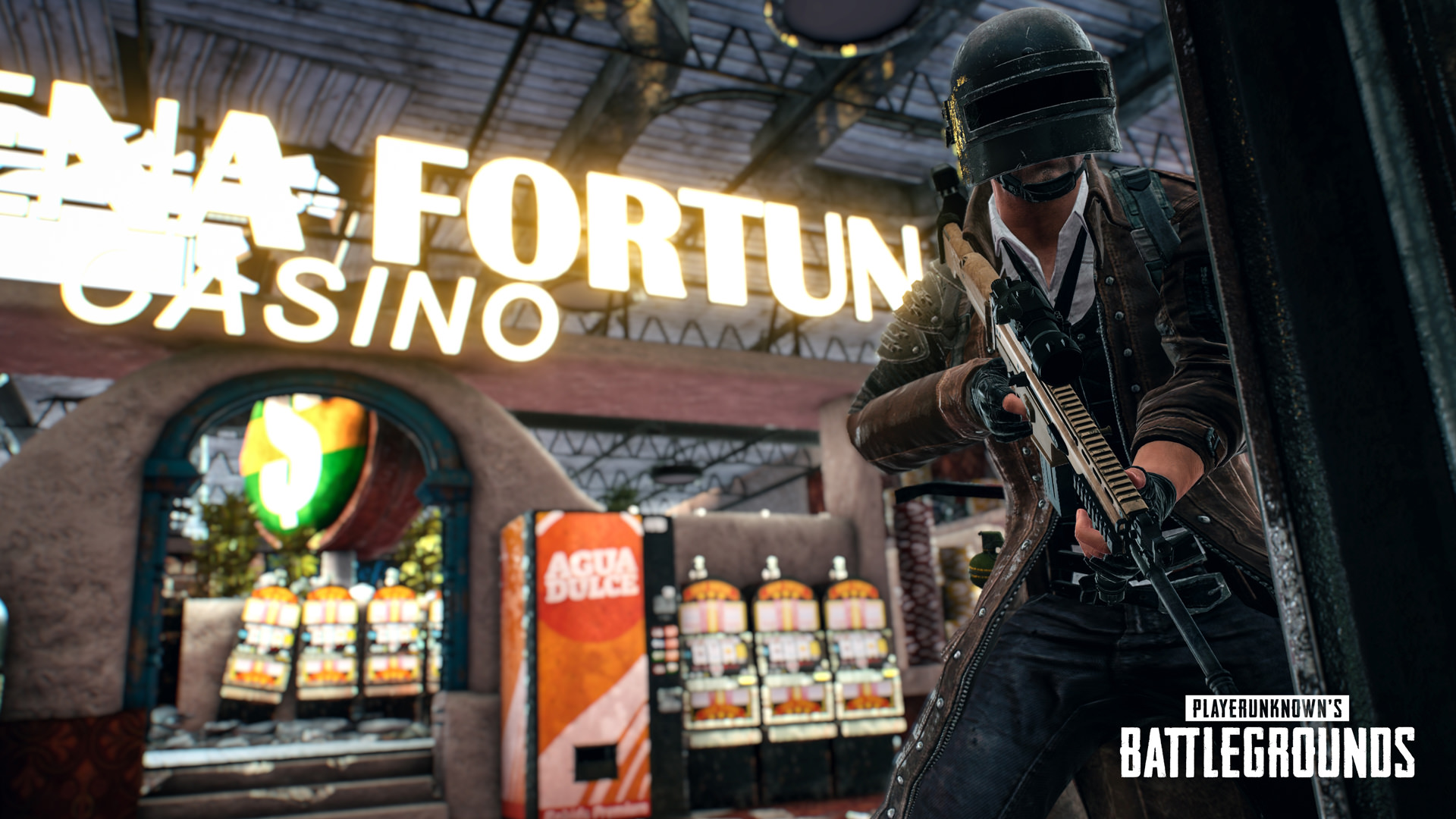 About a month and a half ago, PUBG Corp admitted it had no clear roadmap for the future of its game. With popularity (and cheating) rising, clearly something had to be cooking to keep people hooked. Announced just today, it looks like the future of PlayerUnknown’s Battlegrounds will be a bright one as the team plans to have two new maps for 2018.

The first new map is a 4×4 KM tropical themed island that is looking to offer an, “intense and faster paced Battle Royale experience.” Some concept art was shown off with the island being very densely packed and surrounded by a crap ton of water. While details are scarce about the second map, the update notes mention it will be 8×8 KM and that the team plans to, “get this into your hands early in its development.”

As for how gameplay is going to be tweaked, a new bullet penetration system is being introduced for cars and limbs. This will allow players to shoot through other players instead of bullets ending upon collision with their first target. Along with that, new vehicles and game modes are planned for sometime this year and an emote system will be brought into the game.

New animations are going to be introduced to both third-person and first-person game modes, including but not limited to entering vehicles and clambering over walls. These animations will also extend to the parachute system, which is set to be completely overhauled at some point. You can also expect vehicles to get a dramatic overhaul in audio quality along with some buildings receiving brand new textures.

Finally, game stability is being targeted as well as anti-cheat methods and server security. The details are thin about these changes, but the team assures they have some, “major victories to share.” Rounding out the new changes will be achievements, in-game squad voice chat and an in-game friends list.

This all sounds great, but without a clear idea of what is going on with cheaters, I’m not sure how many people are going to feel happy about new maps being in development. That is easily the biggest hurdle PUBG has to cross, but I’m optimistic after reading this roadmap. New content should prevent the game from becoming stale and with lootcrates being pared back a bit, hopefully PUBG Corp has its head in the right place.