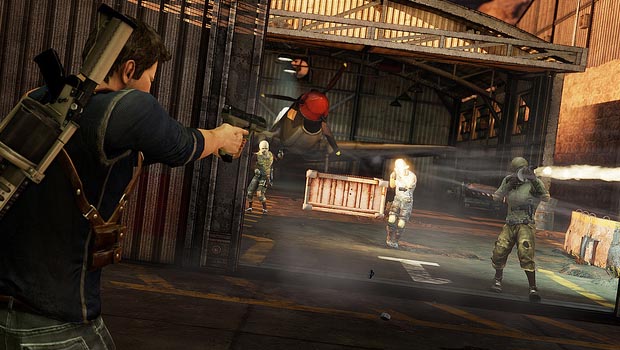 During my time with the Vita last week (more on that later), I managed to dig up some interesting little nuggets regarding Uncharted: Golden Abyss and Resistance: Burning Skies. Now, these may seem like no brainers, but I feel like they’re worth sharing with the class.

When I asked one of the developers regarding multiplayer for Uncharted, he said that we should expect “something different”, and that an official announcement will be coming soon. Now, what that “something different” was, he wouldn’t say. If I were a betting man, some kind of co-op would be interesting and different for the series.

The Resistance dev I chatted up seemed adamant about recreating the console experience for the Vita. So that can only mean favorites like Chain Reaction, Team Deathmatch, and Capture the Flag are all making a return with this latest entry.