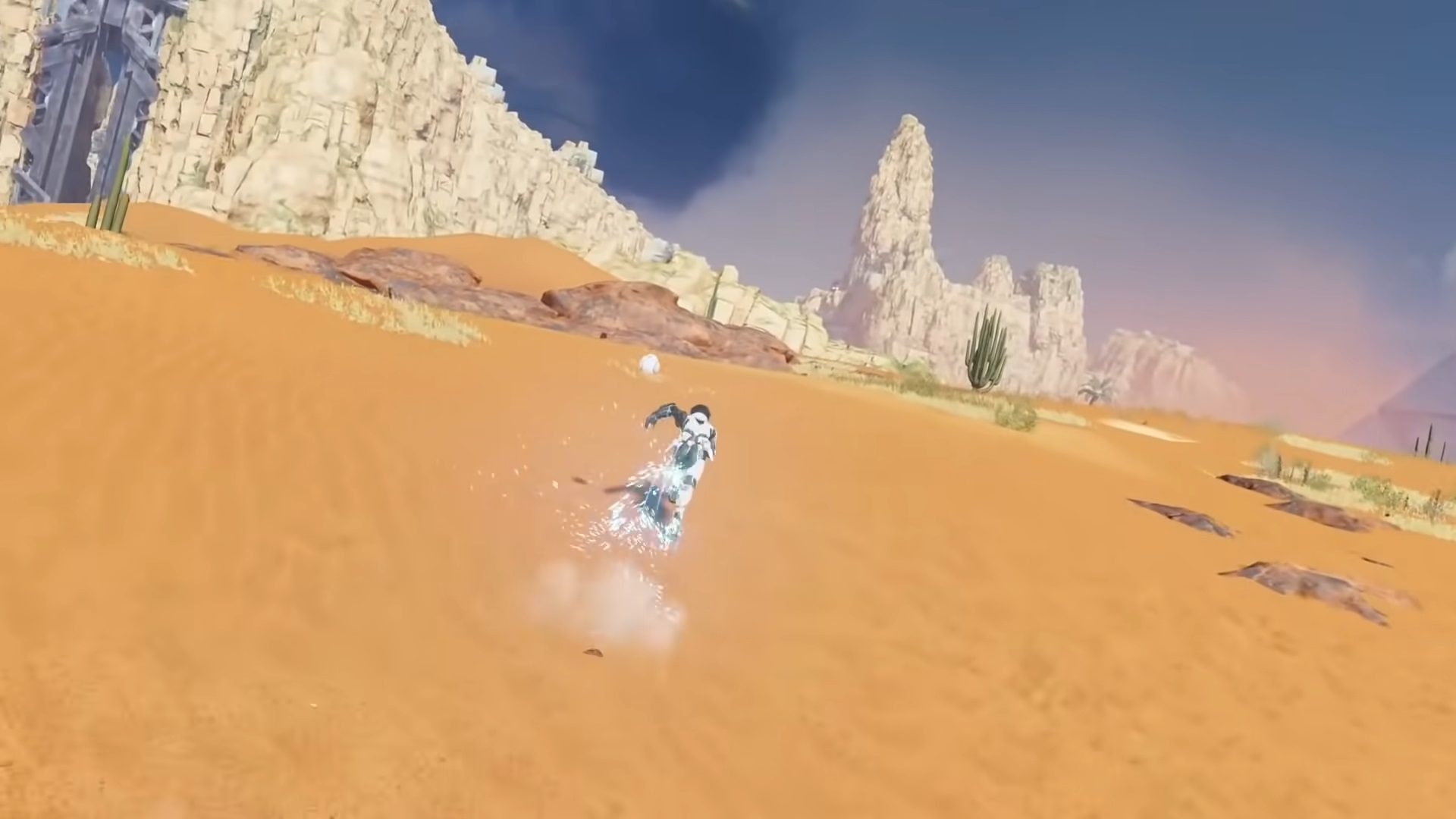 Sadly, it’s not a nod to The Bouncer on PS2

Today is the day! The Phantasy Star Online 2 New Genesis Bouncer class has arrived, bringing its mid-range combat style to the game and allowing even more class diversity. It wields blades and jet boots as its weapons, making it a fairly unconventional class, and it’s super easy to pick it up: it’s included in the free update automatically, you just need to go to Deirdre in Central City to grab it. As a reminder, you can find that NPC here, right behind the main Central City warp.

There’s a lot of other things going on in the New Genesis world too with the Bouncer update. If you type “Congrats_9M_ARKS” in chat (even just gibberish to yourself) you’ll get an SG 100 Ticket. The game is also “celebrating” the addition of the mission pass, which is basically a season pass, with an appropriate gold level with more rewards. While these are often contentious in free-to-play games in terms of gating items, we will get the first gold pass for free, provided we log in from now until November 3. Plus there’s a Halloween Fiesta event with tons of spooky items, on top of a Bouncer celebration campaign with various challenges and rewards.

If you’re interested in seeing more footage of The Bouncer before you log in and try it, Sega dumped a ton of it here in their recent “NGS Headline” Direct-like presentation. It also has more info on all of the events I noted above. The next one will air on November 2, and will contain info on the big December update: which should breathe new life into the game with a brand new area and other additions.

They even previewed the upcoming zone (Retem) in video form here. It looks pretty expansive, which could go a long way in terms of keeping people playing and bringing back relapsed players.

In that sense, PSO 2 New Genesis has sort of become a sleeping giant. It’s been adding more content bit by bit, and while it might not be enough to satisfy some people on a daily basis, by the time the December update hits, it’ll all be there to prop up the foundation.