My first impression of Phantasy Star Online 2 New Genesis, as a long-time PSO fan, was positive. On a base level, a more action-oriented PSO is something a lot of folks have wanted for….oh a few decades or so, and we get that framework here after all these years.

After nearly a week with it, I’m still very much enjoying myself; but there are plenty of things Sega needs to address both in the short and long term lifespan of the game. 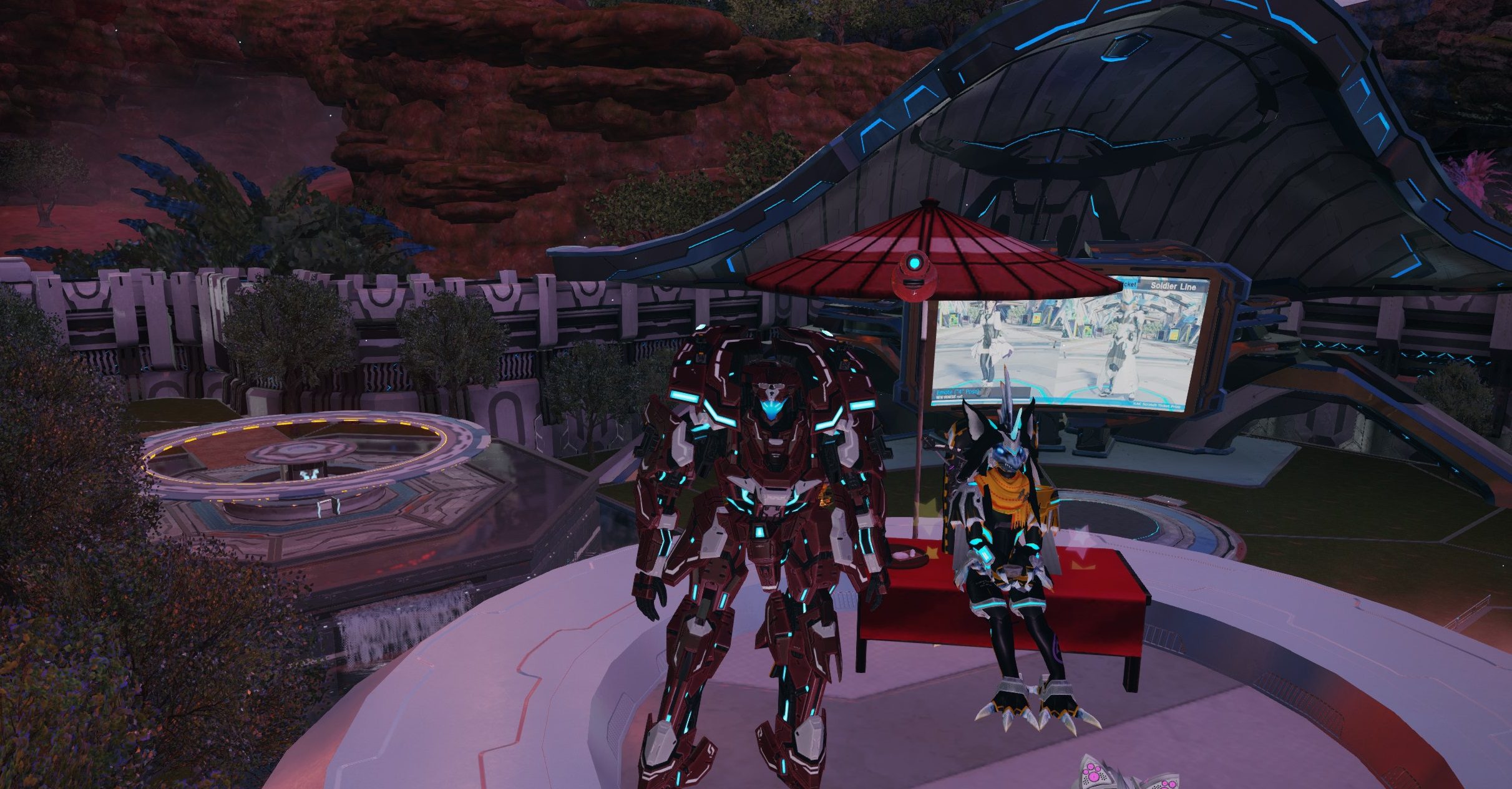 New Genesis is an interesting beast of a game. I’ll get right into the dirtiness first though, so you know what to expect. After all, free-to-play games don’t cost money upfront, but they do cost time. It’s kind of important to know if it’s worth the investment!

Right now New Genesis is about where PSO 2 was at during launch in terms of content: that is to say, it’s roughly 15 hours worth of story and a tenuous endgame, which relies heavily on how much you like playing as a whole up to that point. The campaign will end around level 13-15 or so (the level cap is 20 at the moment), and from there, you have the opportunity to embark upon Urgent Quests (boss battles that are the main endgame at the moment), level up all six classes on the same character, or try and max out your loot. Core chapter beats will frequently divulge bits of story regarding the conflict against the DOLL threat, then ask players to meet a “battle power” requirement, which serves as a way to gate people from continuing.

There are several ways to raise your battle power: literally leveling up, grabbing skill points from cocoons and towers (micro-dungeons that test your platforming and combat skills), and getting better gear/upgrading your gear. In MMOs, this concept is colloquially referred to as “gearscore.” Now as an MMO veteran, I’m completely familiar with the concept and don’t mind, well, exploring the world and leveling up as needed. If folks just want to rush through the main story, you might bash up against a wall.

For me, the delight of the adventure itself far outweighed the reliance on battle power, or the need to immediately do what’s next. The open world of Aelio is an absolute joy to run around in, in no small part because Sega made movement so freeing and fun. Every character has access to a very generous dash, double jump, and glide, which can be used to traverse nearly any obstacle in the game. “If you see something, you can go there” is such a shlocky way to describe an open world game, but it’s pretty much true here, because of the anime-esque over-the-top way that movement is handled in New Genesis.

The thrill of racing across the map to help a team fight off a big ass monster still hasn’t gotten old. Speaking of, New Genesis employs the Guild War 2 style of open world cooperation, where you’ll randomly come across players in the wild and get full credit for quests when participating in battles: even if you aren’t actually “hard partied” up. Hidden chests (some of which are random, some of which are deliberate, like open world collectibles, with rare gear to boot), a concept I don’t always partake in with games like these, are equally fun to seek out for that exact same reason. Easy fast travel from a map menu is the cherry on top, and I was inspired to explore every inch of New Genesis. This is an absolutely stunning world, and I’ve taken too many screenshots to possibly share here.

Combat is just as interactive. It’s fast and the aforementioned movement focus ensures that you’re always zipping around, seeking out enemy weak spots with positionals. Some of the bosses are towering and formidable, and when I’m in the fray with a group of diverse classes, it feels like everyone is contributing: and looking cool while doing it. Dashing and very big super jumps allow you to get up to the level of skyscraper-high enemies, and the floaty combat lets you stay there and bash.

I primarily tested Hunter (melee DPS), Ranger (ranged gun DPS), and Force (ranged magic DPS) for this assessment, but have dabbled in every class: all of them are unique and distinct. Sega has made a point of allowing every weapon type to shine, with unique animations and very “showey” abilities. While the active ability count is lower at launch than one might expect, the addition of subclasses lets players experiment with passives and active abilities enough to allow for a degree of depth. 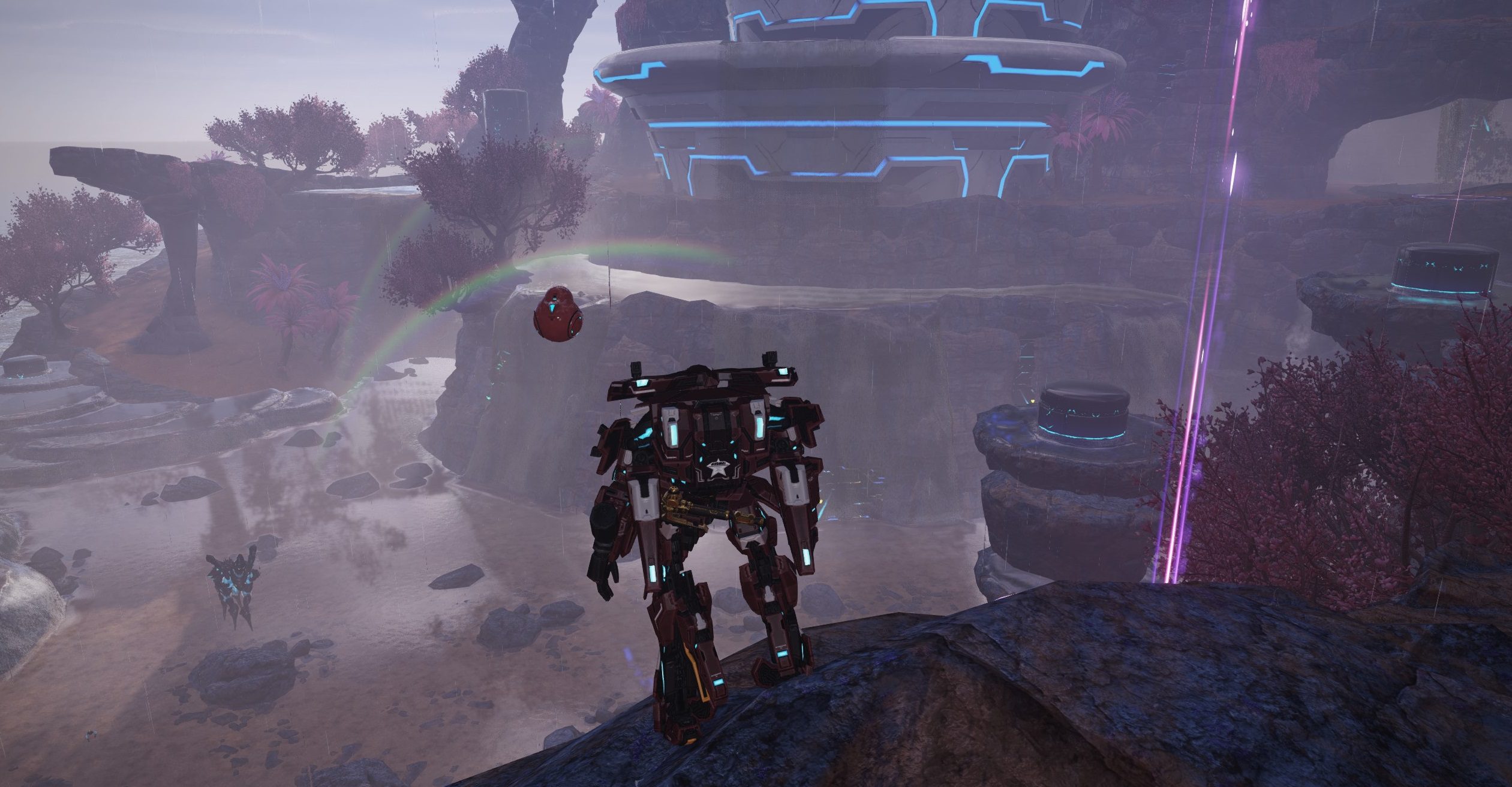 Let’s dive into a few of the more technical aspects for a moment. For the purposes of this review, I played on PC and Xbox Series X, and encountered several sore spots that extended to both platforms. Minor problems include framerate hitches for a few seconds when transitioning between zones (which is not a problem 99% of the time, and more desirable than a loading screen), and a wonky player auction house system, with a busted search for player market items.

Major issues extend to server lag, which is a gigantic pain point for the entire playerbase. It’s better at certain times of day, but for the most part, it is present to some degree. Sega has addressed the issue early, and will seemingly attempt to combat it going forward, but the sooner, the better. Some other portions of Phantasy Star Online 2 New Genesis work a lot smoother. My cross-progression “just worked,” as my PSO 2 character was ready to be imported (which follows a separate progression line for each game). I even had access to my bank, and select items transferred over to New Genesis.

Microtransactions are about on par with PSO 2 so far: there’s a huge focus on cosmetics, with options for more storage and the like (which won’t be a problem if you’re starting completely fresh here). Going back to the perspective of whether or not it’s worth investing in New Genesis, if I had one chance to give prospective players advice, it would be to take your time. If it doesn’t blow up now into a widely successful free-to-play game, it has the potential to do so with more updates under its belt. A level 35 cap increase is coming. A new zone is teased at the end of the campaign.

More story chapters, content, and classes are coming. Braver and Bouncer classes are slated for the fall, with the winter seeing the first major update with the aforementioned level cap and new region. It’s going to be a bit of a wait, but for many of you out there, New Genesis is worth playing now. After all, it is free: there’s no subscription and no buy-in. If you cap out and get bored, take a break and come back: your character will be waiting for you. 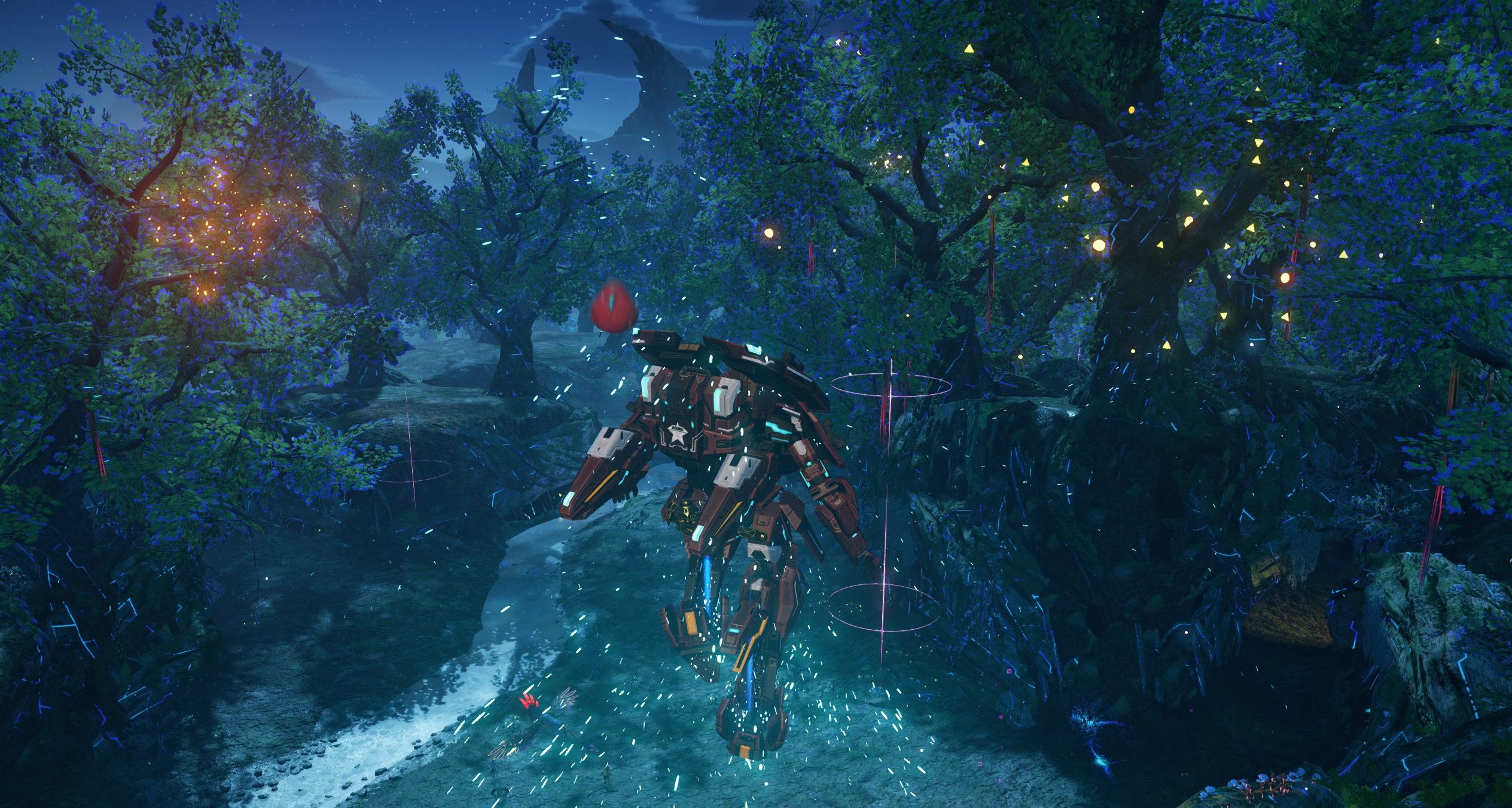 I’m not sure if New Genesis is going to live up to the nine-year-and-still-going legacy of PSO 2, but it’s a start. Sega does have their work cut out for them, though. It’s a lot easier to localize years-old PSO 2 content for the west than it is to make entirely new content for New Genesis and also localize it. New Genesis will live and die by its updates. For now, it’s free. Enjoy it, even for just a bit.