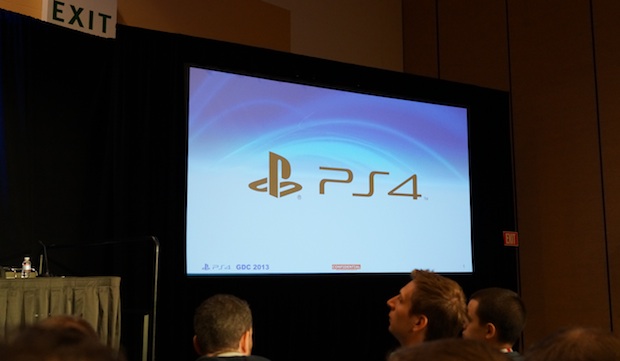 Chris Norden, Senior Staff Engineer, gave a developer overview of the PS4 this morning at GDC 2013. This is all very tech-y and intended for developers, but here is some of what was covered for you smarter readers:

As we’ve heard earlier this year, the PS4 will use a state-of-the-art 64-bit x86 architecture with 8 cores and 8 hardware threads.

Game makers can expect to use a DirectX 11.1+ feature set with added custom features, an asynchronous architecture, and a 800mhz clock for the main processor sporting nearly two teraflops. The expanded shader from PS3 is now called PlayStation Shader language, and it allows features beyond DirectX 11 and OpenGL 4.0.

There’s also 8GB of GDDR5 memory — this is a very high end graphics memory only usually found on graphics card. This is extremely fast stuff — much faster than what’s probably in your gaming PC.

An optical Blu-ray media drive with dual layer support and a “very large” hard disk will be what we’ll play our games from. If it sounds good to you, it probably sounds great for developers.