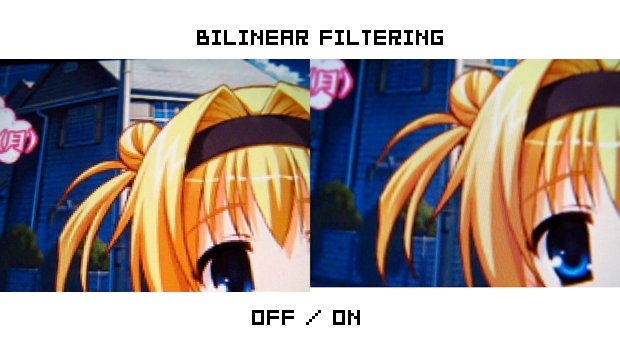 PSP games played on the new PlayStation Vita will see a bit of a visual upgrade with the system’s bilinear filtering option. Sony Japan says that it smooths out the roughness in PSP games. I’d imagine that the big, brilliant Vita screen would show the rough edges of PSP games easily.

Tapping and holding down on the Vita screen during play of a PSP game will bring up an options menu, and in there you’ll be able to select this filtering option, along with options for right analog stick use and others.. 4Gamer says that once they found this somewhat hidden option, they noticed smoother graphics and text, though they said it didn’t have a huge effect in Monster Hunter Portable 3rd. This video shows both the option menu and the filtering at work on PSP game Final Fantasy Type-0.

There’s an image that has been going around, and it gives a detailed look at the effect of this option. You can see part of that image above. Left, you’ll see the unfiltered image; the right shows the effect applied. Another Japanese blog highlights the changes in text, as you’ll see below the jump.

What do you think? Will you be using the bilinear filtering option on your Vita when you play PSP games? 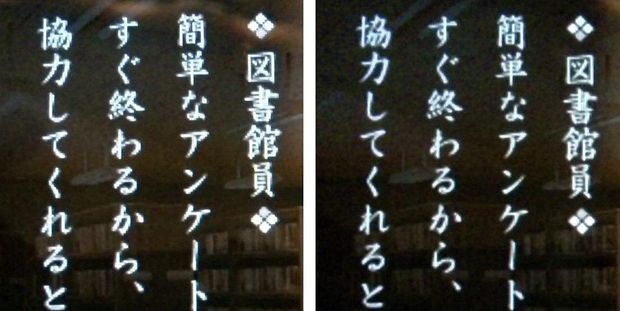