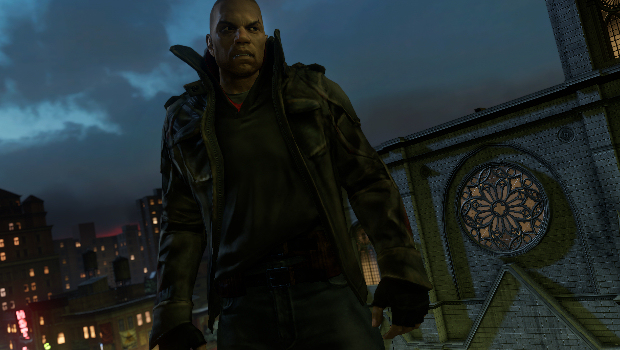 Destructoid has been chatting to Radical design directer Matt Armstrong about the studio’s upcoming sequel, Prototype 2. I’m a fan of the original, but fully admit it had some flaws, and I wanted to see what improvements were coming. Firstly, will we get a better protagonist in James Heller, someone less of a blank slate?

“Heller’s a character who’s actually become more and more interesting over the course of development as we’ve got to know him better,” Armstrong said. “Revenge is definitely his defining motivation at the start of the game and his character is strongly driven towards that goal, but there’s a greater subtlety and complexity that starts to emerge as you progress deeper into the game.

“One of the things that I’ve been most happy about in the game has been Heller’s dry sense of humor. Humor in games is a very difficult thing to pull off successfully, but our writers have done a really impressive job of simply allowing it to flow out of certain situations and interactions without forcing it. This has gone a long way to making Heller a really engaging and relatable character.”

The very idea to turn the original protagonist into a villain is already a very interesting shift, and I wanted to know more. Why turn Alex Mercer into the bad guy?

“The decision came out of one of our early design meetings,” revealed Matt. “We were just throwing out ideas about where we could take the sequel after the events of the first Prototype when one of the guys said ‘You know what? We should just kill Mercer.’ The room was suddenly bursting with energy, excitement and debate around the idea and that made me realize that we had the seeds of something really special. In the end, the premise was just too exciting to pass up.

“This decision also allowed us to execute on the idea that the Blacklight Virus is the true star of the series. Part of the appeal of the Prototype universe is the fact that it allows us to go anywhere in the world, release the virus onto a completely different person, have it express its effects in a completely new ways and experience how this new protagonist uses these abilities to achieve their own goals and desires.”

It sounds like promising stuff. The virus and the Blacklight military group tracking it down were far more intriguing than Mercer himself turned out to be, and the world Prototype was set in happened to be rather engaging. If James Heller can be a more likable protagonist within that, then Prototype 2 is definitely on the right track.

Keep an eye on Destructoid for more from our Prototype 2 interview.