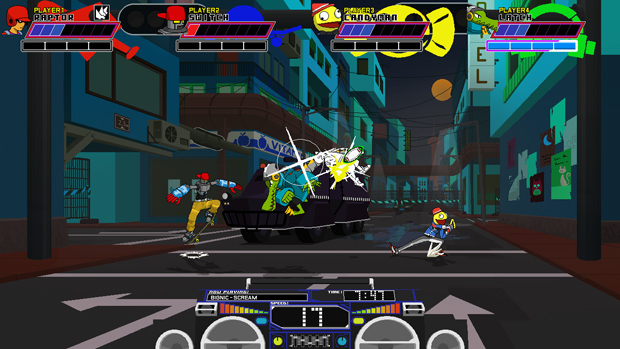 That ‘counter’ sound effect is so satisfying

A few months ago, Darren covered an inventive fighting game by the name of Lethal League. I thought it looked cool back then and have only become more into the concept over time.

Essentially, two to four players try to take each other out by whacking an anti-gravity ball around an arena. It’s a relatively straightforward yet highly competitive game that’s best seen in motion, so please, watch this video for your own benefit. Lethal League will hit Steam on August 27 and there’s online multiplayer (with GGPO) in addition to local play.

The game has a cyborg crocodile character and, I quote, “no weak shit.” I’m in.