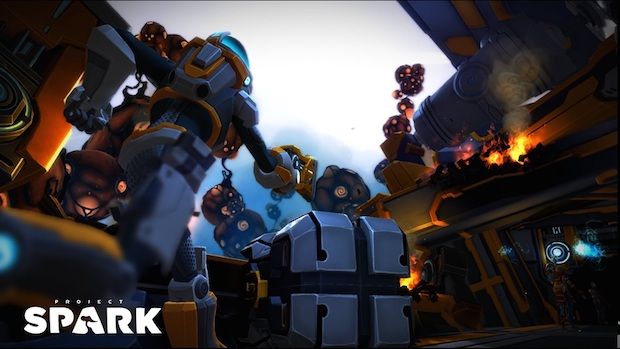 A game where you make games

Project Spark is the game where you can make your very own videogame. Any kind of videogame. Whatever game you want! It’s been in beta for a long time now, but it’s officially launching this October on the Xbox One and Windows 8.1. It’ll be out in the Americas on October 7, Asia-Pacific regions on October 9, and in Europe October 10.

Project Spark is a free-to-play game, but that’s not going to stop a videogame company from creating some kind of content they can slap a price tag on. In this case, the Project Spark Starter Pack will have a bunch of content for $39.99. It’ll include the first sci-fi pack, a warrior champion, and the first of an episodic campaign adventure.

To be fair, this pack will be out in retail stores for the Xbox One. Like it or not, retail still dominates as far as game sales go so this will hopefully help the game succeed way more than it could have otherwise.