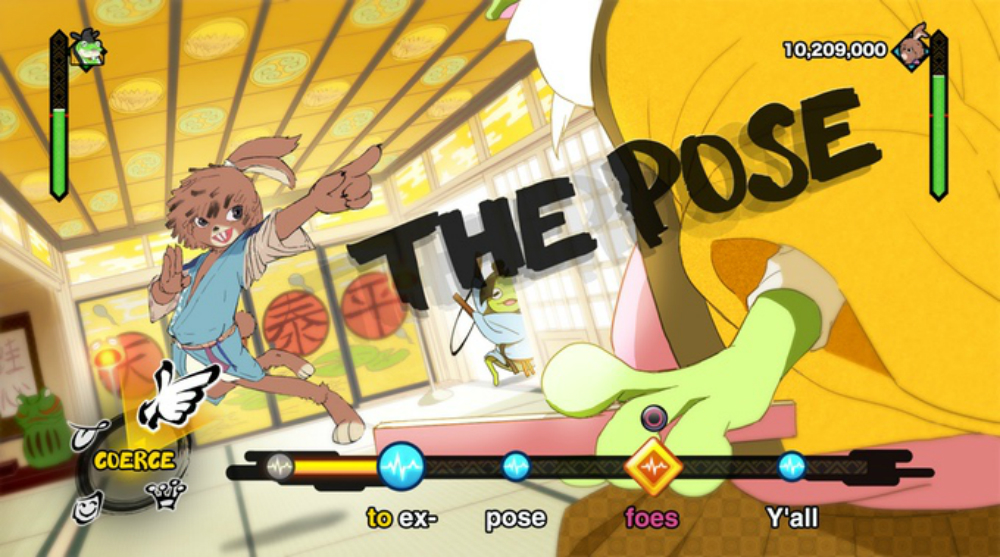 Well, Project Rap Rabbit is definitely a thing, and has moved beyond its teaser status last week into a full-on video game.

Due to the Kickstarter page that’s live right now some new information has come to light, including its future-tinted 16th century Japan setting, and an “Earth shattering calamity at the height of a culture of fear.” Answering the heroic call is Toto-Maru, a farm boy rabbit who uses music to battle the forces of corruption with his sidekick Otama-Maru.

Rap Rabbit is said to take inspiration from the Epic Rap Battles of History series, cementing the fact that it will be battle-based rather than the typical style of rapping through a scene or narrating what’s happening around the player character. The ability to choose dialogue trees with “variable verses” is teased, rather than just going along with the same lyrics song by song.

If the team can really pull off a Telltale/adventure hybrid inside of a rapping rhythm game, this thing is going to make waves. In the meantime it still needs to hit its Kickstarter goal and the project is likely a long way away. There’s a more detailed breakdown of this PC and PS4 rhythm extravaganza on its Kickstarter page — it needs to secure full funding of $1,100,000 to ensure a six level adventure.