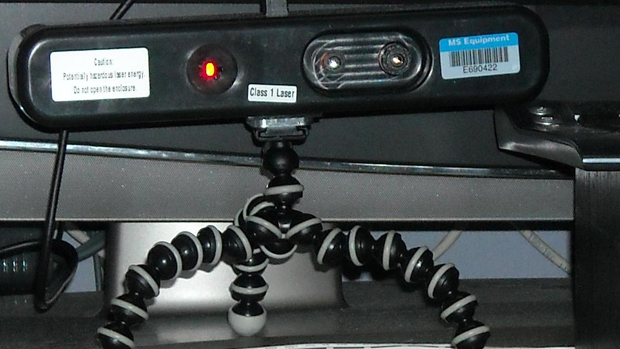 Compared to older promotional images for Microsoft’s motion-sensing Project Natal device, which I guess at this point could be referred to as concept shots, the real controller seems to be more compact. Of course, we don’t know what the final product looks like; this is simply a prototype that developers are using.  Note the tacked-on GorillaPod.

The Seattle Times’ Brier Dudley snapped the infamous picture, and notes that the same manufacturer tasked with producing the newest line of iPhones for Apple, Pegatron Technology, is also responsible for creating Natal controllers for Microsoft.

Unfortunately, there are still no answers to the one question we all want acknowledged: how much will this thing cost?

Report: New iPhone, Xbox Natal to be made in same factory [Seattle Times via Siliconera]