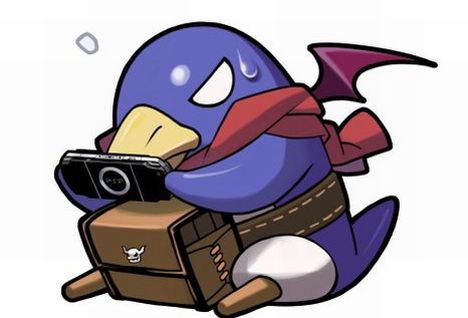 Can you believe that Prinny: Can I Really Be the Hero? is going to be the first premium box game released for the PSP? It’s pretty weird that it’s taken this long, but at least it’s finally happened. When you purchase Prinny on February 17, you’ll be getting a soundtrack CD and an exclusive Prinny comic page made by the fine folks from Penny Arcade.

I played Prinny last week at a NIS event in San Francisco and found the game to be extremely fun. The music in the game is pretty good too, so I’m glad to see that the soundtrack is packed with the game.

Check out the gallery for some Prinny artwork, pictures of the Prinny car and the giant Prinny mascot that I took from G4 because I forgot to bring my own camera to the event last week. Any of you doods planning on picking up Prinny: Can I Really Be the Hero?