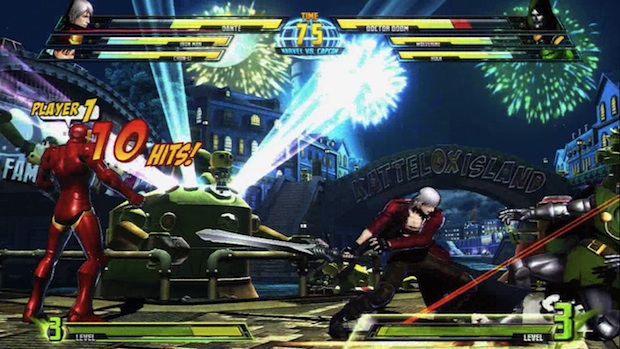 It’s MAHVEL BAYBEE! Where you at? Marvel vs. Capcom 3: Fate of Two Worlds has shipped two million units worldwide, says Capcom. Series fans waited 11 years for this release if you consider that the second game was released in 2000. When it finally came, they all collectively jumped to get the February 15th release so that they could use Dante over and over and over and over.

Capcom calls this a successful revival of the series. I’d have to agree. They also say that more DLC costumes and characters are coming to PSN and XBLA, so stay tuned.