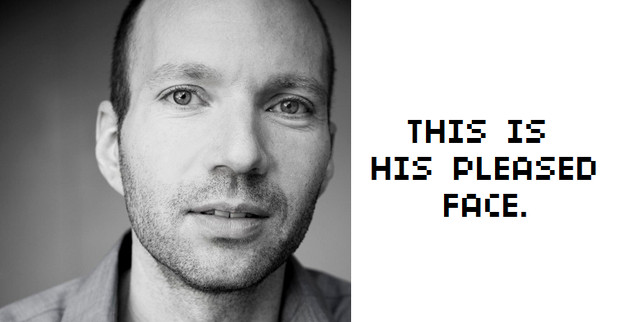 You may not know his face (hint: it’s that one up there) but Jordan Mechner is famous for singlehandedly creating the celebrated original Prince of Persia games. You may also know that he had a hand in the more recent Sands of Time trilogy. What you may not know is that he is also involved in the upcoming Jerry Bruckheimer-produced movie adaptation of Prince of Persia: The Sands of Time, in a non-superficial manner.

At a recent screening of the trailer for the movie (which was leaked onto YouTube a few days ago), Jordan Mechner and Jerry Bruckheimer were present for a short Q&A session, where Mechner showed genuine enthusiasm about the film.

“I got this big smile on my face that wouldn’t go away,” Mechner said, when asked how it felt to see his creation brought to life. And when the inevitable question about the pitfalls of crappy videogame movies were brought up, Mechner’s advice is that rather than just being a movie based on a videogame. “It’s got to be a movie that can stand on its own.”

So if the creator of the franchise is pleased with where Bruckheimer is taking his baby, can we take that to mean this movie might be worthwhile? Or do you remain doubtful about it, taking the more cynical “he is excited about it because he is going to make a lot of money from it” approach?