I am quite the sucker for cooperative games. To me, there’s no better experience than tackling an objective or taking down a sinister baddy with a bud right by my side — oh, and couch co-op is preferred. Adversarial multiplayer is fun and quite addicting, but at the end of the day, I’d prefer to play a mission or two of Gears of War, Left 4 Dead, or even Army of Two.

I was instantly hooked when I heard about The Darkness II‘s co-operative element, “Vendettas.” Utilizing dark forces along with three other players as we bring it to all who stand in our way sounds like a grade A idea, and in a lot of ways it is. What could be better than wielding a Darkness-empowered axe? 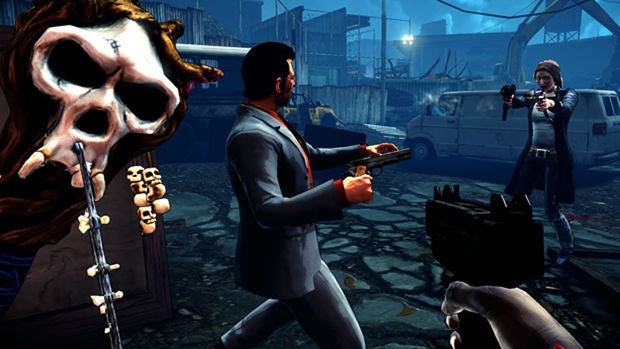 In “Vendettas,” you play as one of four characters, each with their own unique abilities, who are assisting Jackie Estacado against the Brotherhood. I spent most of my time playing as the irate Scotsman Jimmy Wilson who has just enough sanity to be able to utilize his dark axe. The other characters include the fast and fierce Japanese swordsman Inugami, the femme fatalé Shoshanna, and the witch doctor J.P. DuMond.

“Vendettas” plays out like a narrative where, instead of just facing off against endless waves of enemies, you are moving from scenario to scenario completing various objectives. These can range from retrieving an artifact, killing a specific person, or the usual defensive angles, all while listening to the unraveling story as someone talks into your ear. While the mission structure is nothing we haven’t seen before, the addition of the Darkness’ powers is what makes the entirety feel fresh. You’ll also be completing these objectives in constantly changing environments. From what I experienced in my short time, you’ll get to know the darker sides of warehouses and apartment projects, if that were even possible. 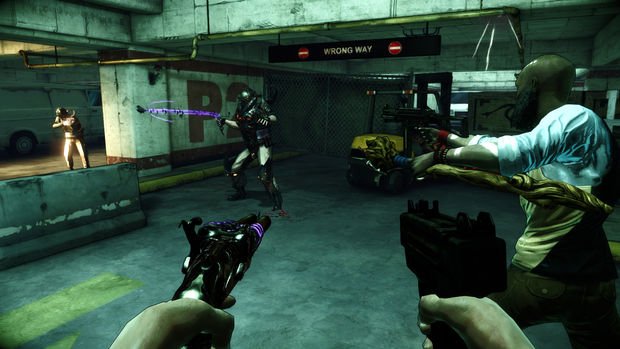 “Vendettas” is also quite different from the main campaign in that it is more light-hearted in tone — it’s being described as a dark comedy. Characters will constantly be shouting one-liners and making quick jabs at the enemy, but in the game’s setting, it all blends extremely well.

To further enhance each character, you can unlock extra stats and abilities via a skill tree, which is where you spend the points you acquire during the course of the experience. Although the skill tree seemed deep and robust, akin to Borderlands, I wasn’t able to tinker around with it much in my two hours of play, as the lack of points only let me purchase a simple buff. Still, those who find themselves deeply involved with “Vendettas” will have lots to unlock and experiment with.

There is very little downtime here, and hearts are aplenty if you ever find yourself low on health. 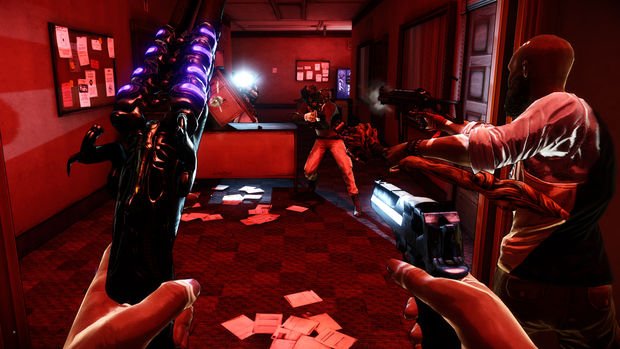 Each of the four characters can also dual-wield their special weapon (i.e. the axe, sword, etc.) with another single-handed firearm, making for some interesting combinations. The one that I found worked best was the axe/UMP45 combo — throw the axe right at the poor soul then finish it with some lead. You may find your own deadly duo, however. Other weapons include pistols like Desert Eagles and other sub-machine guns. There’s just enough to ensure things don’t become too repetitive. However, if that still doesn’t prove to be enough power, you can always go up to a groggy enemy and finish it with a sweet execution move.

In addition to their unique weapons, each character also has a unique combat ability. Jimmy can spawn dark, exploding minions called Darklings to take down his foes. Shoshanna has the ability of gun channeling, which essentially means she can make killing even more deadly. Inugami can stun his enemies in the blink of an eye. Finally, DuMond can create devastating black holes. No matter who you pick, you’ll have fun learning how to use each character for each situation. It’s this factor that makes tired, mundane missions feel completely new again. 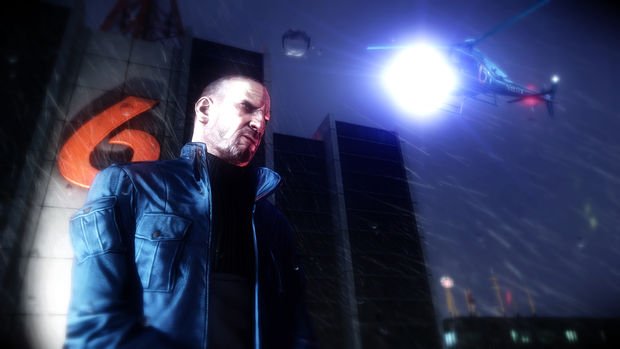 If you happen to fancy a particular mission, “Vendettas” also has a side mode called “Hitlist” where you have the ability to cherry pick what scenarios you want to play.

Those already picking up The Darkness II this February will undoubtedly have a blast plowing though “Vendettas,” and a group of four who really knows what they’re doing will have an excellent time. Those who are on the prowl for a new cooperative title will have fun with The Darkness II, as its unique mechanics bring something different to the table.