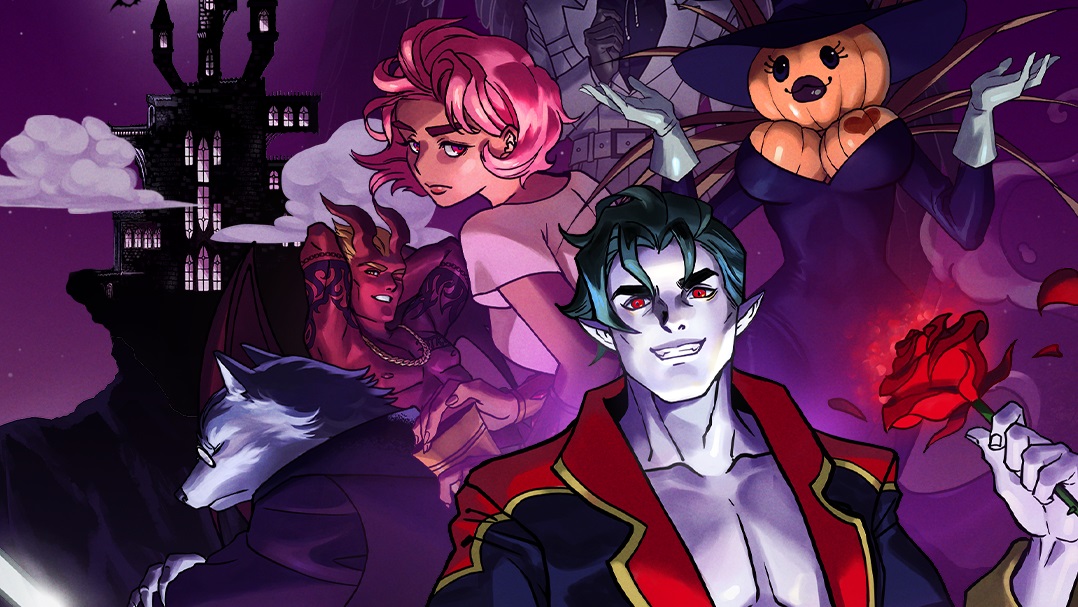 If there’s one thing I love more than Castlevania, it’s the fantasy that someone can find me interesting enough to extend our companionship beyond the boundaries of a five-minute conversation about the weather. Ah, yes, that’s the good stuff. Now, what if you took Castlevania and mashed it up with my delusions of tolerability? You’d get Romancelvania, which sounds like a pun that is trying too hard until you realize it’s a play on the word Transylvania and not Castlevania. Video games have warped my perspective on puns, apparently.

However, the way of executing this sort of composition eluded me when I heard the pitch. I could think of a few ways to approach it, and each sounded rather precarious. I’m happy someone is making the attempt, even though I’m skeptical. After spending some time with Romancelvania’s demo, I’m not fully convinced they can pull it off, but I’m satisfied that the project is moving in the right direction.

Gets the blood pumping.

The setup is almost flawlessly clever. You play as Dracula, 99 years after being defeated by humans. The humiliation of being whipped into submission has caused your lover to abandon you and all your followers to start questioning your leadership. You’ve been moping ever since.

Your buddy, Death, has gotten tired of your constant whining and sets you up on a reality dating show. A number of potentially lucky guys and ladies are scattered throughout your newly renovated castle, waiting for you to put the moves on them. Or you can just be friends, which is nice to know. Not everyone is into Incubi, so having the option to keep things platonic is appreciated.

To win them over, you need to pick the best answers from a dialogue tree, complete sidequests for them, and take them on dates.

You also have to choose one of them to vote off with a currently unknown amount of frequency. This feels like a needless complication to me, and I have to wonder if the small development team is ready to deal with that many permutations of the gameplay. This is a concern I had through much of the runtime, but let me be clear in saying that the demo gave no indication that they’re in over their heads. I’m only saying that when I’m envisioning the end product, my mind gets a bit boggled. It seems precarious to me, but maybe I’m the one who lacks vision.

The demo itself is a small slice that introduces the game’s mechanics. Generally, things are similar to a Castlevania game of the Symphony of the Night formula. Areas are generally locked off until you gather abilities that allow you to bypass whatever obstacle is preventing you from getting there.

Scattered throughout the castle are 12 lucky contestants for you to get to know. The demo only gave a taste of three of these: Medusa, Brocifer, and Vess the genie. The actual cast is quite a diverse buffet for different tastes. There’s a succubus, a werewolf, a siren, and a bunch of others who, I guess, will have to rely on personality to get my attention.

If there’s one thing that Romancelvania nails, it’s setting the potential lovers up as quest investments. You can tell, even from the demo, that you’ll be jumping through hoops to score with any of them, which is, of course, the whole crux of the dating sim genre. Maybe it sounds like I’m stating the obvious, but if Romancelvania comes up short in any of its facets, the whole product will wind up limp and flaccid.

It helps that Romancelvania offers options for genders and gender preferences. While the demo only lets you play as the hunky he-Drac, it demonstrates its plans for she-Drac as well. Likewise, the cast of bachelorettes also includes bachelors, as well, and neither seems to have a preference between oysters and blood sausage. Even visual novel-styled dating sims often exclude the ability to set your preferences, so it’s great to see Deep End Games going the extra mile.

Once again, however, this adds an extra bit of chaos into the cauldron, so I remain cautiously optimistic as I watch to see if they can chew all that they’ve bitten off.

All of this is wrapped up in a goofy bow. From the obvious references to the Castlevania series to the provocatively accentuated anatomy, Romancelvania eagerly embraces its cheese. Some of the jokes it reaches for are eye-rolling but almost seem intentionally so. The area you start in, the ruins of Drac’s castle, are rendered with pixel-art textures while Dracula himself is sporting all the latest in abdominal shaders. It’s charming in its awkwardness.

On the other hand, I did get some pretty crap performance on my PC, which seems strange. It had a habit of dropping frames with annoying frequency. There’s still plenty of time to spit-shine the technical side of things, I would just hate to see that get missed.

There’s a lot that is yet to be seen in Romancelvania. The demo isn’t particularly short, but it only gives a taste of what’s to come. If the dish comes out as flavorful as what’s been shown so far, it’s going to be an absolute feast for fans of dating sims and Castlevania. However, I feel like Deep End Games have set themselves up with quite the balancing act. There are a lot of targets that they need to nail in order to pull off a real knockout.

On the other hand, the demo certainly suggests that they might be able to do it or, at the very least, they’re headed in the right direction. They’ve certainly demonstrated enough talent to gain my attention, so I’ll be eagerly awaiting the opportunity to sink my fangs into it. It’s currently unknown when we’ll get the full four-course meal, and the demo is hardly substantial enough to satisfy, but hopefully, we won’t be waiting too long for some spooky romance.