A deadly game of hide and go seek

I absolutely loved Crysis 2. It had a relentless pace, gorgeous visuals, and gameplay that tickled my brain as much as my trigger finger. For a game that was never on my radar (I never played the original on PC), it absolutely swept the rug from under me. Best impulse buy I ever made.

Having gotten some time to play around with Crysis 3, I feel pretty confident that the romance is going to carry on come February. 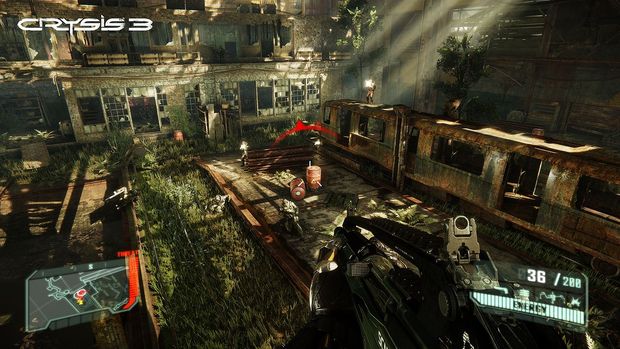 The first thing I’m reminded of as I start the single-player demo is just how intimidating the Crysis games could be to those strictly accustomed to the corridor shooting galleries of today’s most popular first-person shooters. Like its predecessors, Crysis 3 aims to walk the line between a thinking man’s shooter and the action-set-piece leanings of today.

The demo starts in an abandoned warehouse with overgrown shrubbery cracking through the walls. I have enemies ahead of me, enemies below me, and enemies above me. I check my ammo — okay, I have a SCAR rifle with a fresh magazine and one in reserve, a bow with only seven arrows in the quiver, and few frag grenades. Seeing as how I’ve been on a Call of Duty: Black Ops II binge for the last few weeks, my first instinct is to rush out with armor mode on and blast everyone in sight. Dead. Alright, let’s rethink that.

Second attempt, I remember that Crysis games let you customize your weapons on the fly. So let’s see what this silencer and reflex sight can do when I go invisible. Dead. Again. What am I missing here? Ah yes, Nanovision. The series staple that allows you to mark targets and see enemies with thermal vision. I sneak up to a vantage point, mark my targets, deck out my guns, and stealth up until my cover is blown by the automated turret, then slap on armor mode to take the last few guys in a straight gun fight. Like previous games, Crysis 3 doesn’t simply give you crazy abilities to use, it demands that you use them well. It’s this juggling act that has always set the franchise apart from others in the genre, and I am happy to see it preserved here. 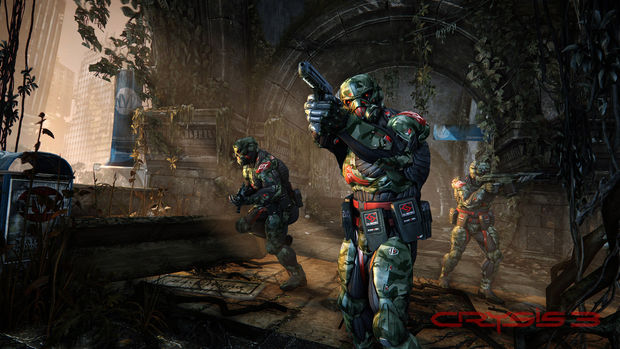 I continue out of the warehouse, into a field of tall grass in the urban jungle of post-apocalyptic New York. Like a scene out of Jurassic Park 2, I haul ass with speed mode, only stopping to air stomp the Seraphs stalking me. After fighting off the remaining Seraphs, I link up with Psycho to catch a train out of area, signaling the end of the demo. Time to play Hunter mode.

Many of you may remember the multiplayer reveal of Hunter mode. Essentially, it’s a survival mode in the same fashion as Halo‘s Infection. One player starts off as the hunter, armed with a bow and arrow, unlimited suit energy, and an always-active stealth mode. The rest of the players spawn as C.E.L.L. agents attempting to hold out for as long as possible, all while getting kills on the hunters to gain points.

Every kill that a hunter achieves turns that agent into a hunter, with the game ending either when the time runs out or when all the agents are dead. If you’ve played similar modes, Hunter plays how you would expect. Agents camp it out in the best hiding spot they can find, while hunters try their best to get a kill and get the ball rolling. Agents do have a pretty limited ammo supply to start with though, so depending on how much you’re burning through, you will have to come out of your hiding place to restock at the ammo cache in the middle of the map.

All told, I’m loving what’s here. The single-player continues the ballet of powers, bullets, and planning, while multiplayer brings a very playable, if tired mode in Hunter. Fingers crossed until February.