It hasn’t been that long since we saw End of Nations, as we got an early look at this past E3, to be specific. This time around, we got to get hands-on with Trion Worlds’s PvP mode for the very first time.

For those not familiar, End of Nations is an MMORTS developed by Petroglyph Games; many of the devs are genre veterans from the Command & Conquer and Dune series. Taking place in a near, almost apocalyptic future, the world stands on the brink of societal collapse. From this chaos comes a new world order called the Order of Nations, ruling with an iron fist and sending dissidents to the labor camps. Naturally, then, a rebel group forms and it’s up to you to set the world free. 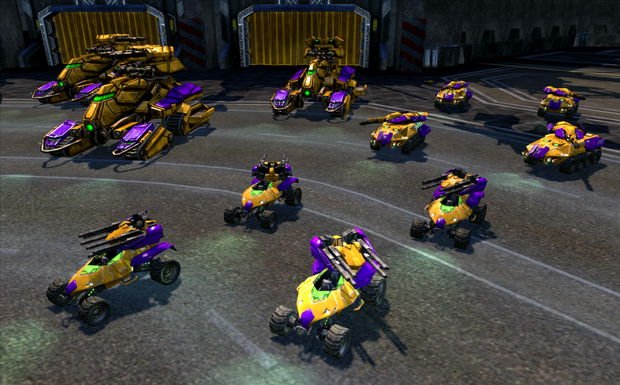 In the Player versus Player mode, opposing teams each play as a rebel faction fighting each other for neutral ground or territory that the Order of Nations has been driven from. This fight over territory is where Petroglyph introduces its take on persistence in an RTS game.

When playing online, players can join factions and fight across the world map for territory in a 24/7 persistent meta-game. These back and forth struggles will last in seasons, with the faction that holds the most territory the longest being declared the winner every three months or so. This system of PvP is Petroglyphs greatest example so far of how End of Nations is an RTS to the core, with aspects of MMOs layered in where they make sense. 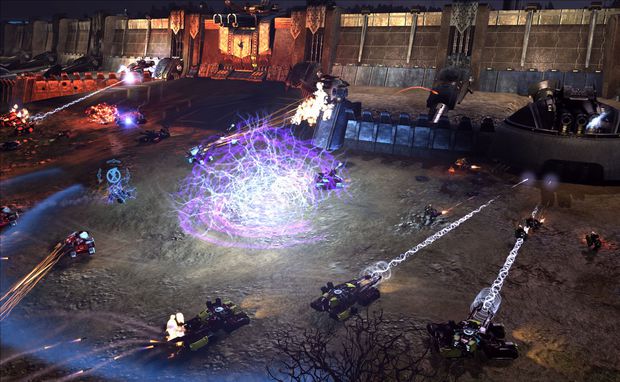 Scale is also a big part of End of Nations. Each map supports at least four players, with the bigger maps supporting over fifty. To help players make sense of the hectic action, Petroglyph is offering more than voice and chat communication. The map design itself is tailored so that there are a great enough number of side missions and objectives to keep players organized when taking on larger scale multiplayer matches.

With so much of the map terrain being dedicated to the action, though, its probably a good thing that there is no unit building once you’re in battle. That’s because you actually take predetermined units with you before entering a game via the Armory. The Armory is your persistent workshop where you upgrade and customize your units from their color schemes, to your own player card and logo. Its most important function is that this is where you upgrade units (via points earned as you move up in your tech tree), as well as the loadout that you take with you into the next fight.

Each unit is assigned a number value and players are given a number cap — better units means they’ll take more space. This system, while much more streamlined, does offer different tactical options in multiplayer as you and your teammates can have designated roles. For example, you can go into a fight with a loadout focused on heavy armor units while a friend focuses on aerial support, and another focusing on smaller strike units. Or you can all bring in a well balanced mix. 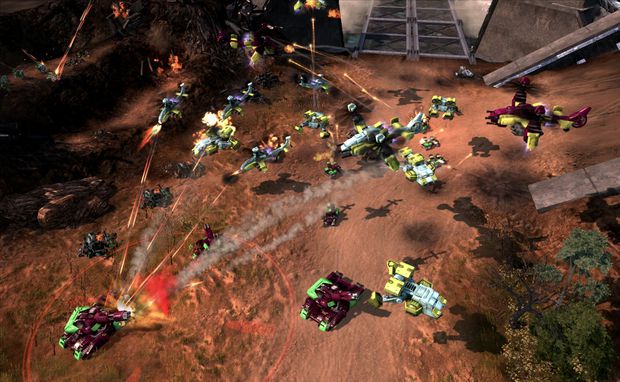 You can also select the super-weapons and structures that you will employ. These range from nukes that do crazy amounts of damage to special bases that increase your defensive capabilities. The higher end goodies will have to be unlocked as you climb through your persistent tech tree. There is some “traditional” base building, though they seem to be regulated to turrets and defensive structures. You will be stuck with whatever loadout you do end up choosing before a match so choose wisely.

Once you get into a game, battles are very pick-up and play friendly, following the same control scheme of pretty much any RTS in the past decade (drag select, right click to attack, etc.). RTS fans will feel very comfortable. Hell, I haven’t played an RTS since Halo Wars and I got the hang of it after stumbling through my first match.

Unit engagements will follow the rock-paper-scissors model too, so make sure to make good use of control groups or watch your small strike vehicles get decimated by enemy tanks. The battles themselves will be objective based, though the matches we played were simple base versus base. There were plenty of side objectives though, with resources, secondary spawn points and power grids throughout the map waiting to be taken. 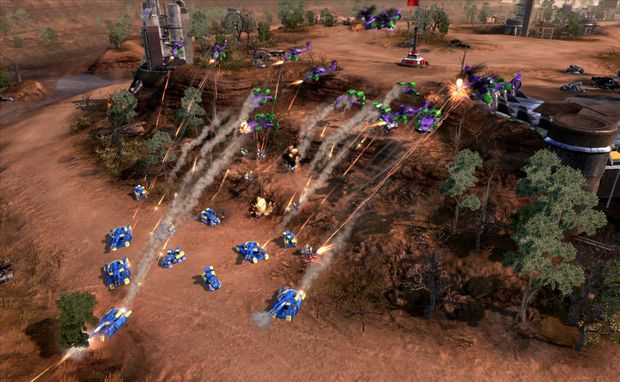 Resources play their usual role as the currency that regulates powers and abilities, and secondary spawn points are exactly what they sound like. Power grids, well, power your army and are high priority targets. Pick off an enemy’s power grid and watch its defensive capabilities take a nosedive — just make sure to watch yours too. The last big objective in our play through was the central capture point that, when captured, will start automatic bombardment runs on the enemy base.

Overall, I walked away pretty pleased with what was shown. Played on mid-tier PCs in a pre-alpha state, most everything was running smoothly and I didn’t notice any graphical hitches or the bigger game-hampering bugs that you would expect this far from completion. End of Nations release date is still to be determined, but I have a feeling RTS fans — both casual and hardcore — will really enjoy End of Nations whenever it’s released.

Filed under... #End of Nations#Trion Worlds