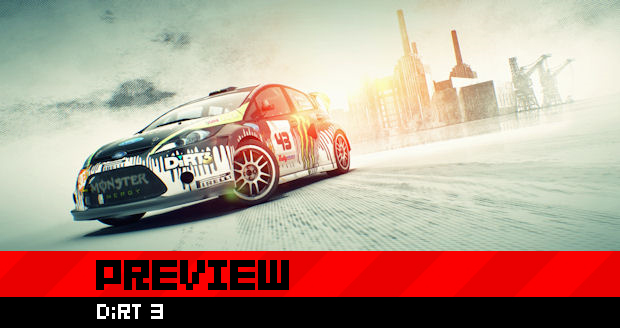 Despite having its delicious British fingers in many pies, it is never far from the truth to say that out of everything Codemasters does, driving games are by far their specialty. From the beginning with their retro success of Micro Machines, the critically acclaimed GRID, and their current cash-cow and BAFTA award-winning F1 2010, it is no surprise to see the formally Collin McRae Rally series — now known as DiRT 3 — leading the way for Codemasters.

With Collin McRae no longer with us, Ken Block has now taken over as the star of the DiRT series and a recent preview event at Battersea Power station was pretty damn spectacular. With the event sponsored by Monster Energy, caffeine-high bloggers and journos were treated to the sight of Ken Block performing gymkhana in his Ford Fiesta — the self-proclaimed jewel in DiRT 3‘s impressive crown.

I got to have an in-depth talk from the developers as well as a chance to finally get hands-on with a game that is shaping up to be not only the most successful game to ever be produced by Codemasters, but potentially the best driving game of 2011.

The main driving experience from DiRT 3 is set within the world of rally driving, so forget your well-laid tracks and tarmac, the off-road experience is where it is at. And, it comes at no surprise to learn that Codemasters has once again managed to bring a fantastic handling experience to the players and claims to make the best console driving experience ever. The customisable difficulty levels allows new players and veterans of racing to access the game at their own level, while the vomit-inducing D-box that was available at the preview event certainly didn’t disappoint either.

On top of this, Codemasters has taken a great deal of inspiration from classic rally driving with everything from the 1960’s Mini Cooper to Ken Block’s now famous Ford Fiesta available at your digital disposal as well as over one-hundred classic rally driving stages that include snow and ice, night racing, and extensive work into weather-based technology such as rain. 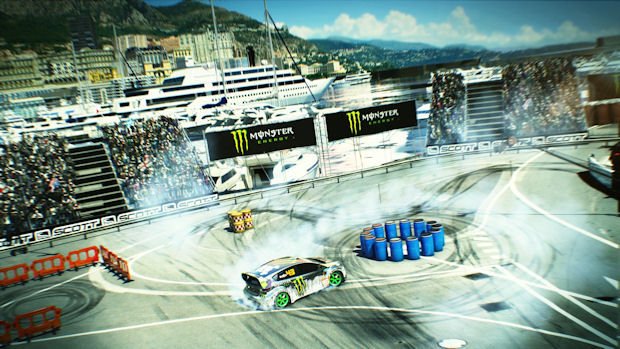 Yet, DiRT 3 brings more than just racing, with Gymkhana being one of those things. For those who are unaware, Gymkhana is basically someone in a fast car driving around/under/over/in-between objects with amazing skill and at amazing speeds. Ken Block’s viral gymkhana videos have received millions of hits and brought a whole new level of skill to the table.

Gymkhana allows the player a great deal of freedom and creativity but continues to demand a whole lot of skill to pull it off; My first attempt at Gymkhana pretty much saw myself throwing my car into a nearby wall instead of circling the post I had been aiming for. However, after a few tries, the moves started to come together. Out of sheer excitement, I refused to move my fingers, as I know that the moment I try something else my car will once again end up back in the wall. For those who want to share their excitement, DiRT 3 has an built-in upload feature which allows players to upload a maximum 30-second clip from their Gymkhana performance directly to you YouTube with little to no fuss. 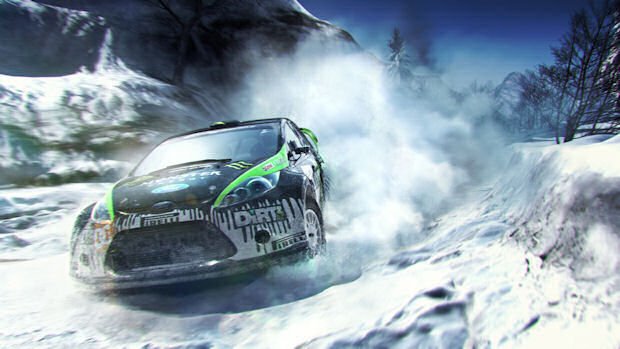 DiRT 3 also offers an extensive multiplayer experience, which allows up to eight players online or two-person split screen which Codemasters claims to “have done properly.” While the majority of racing games provide a simple eight-person racing experience, DiRT 3 features Party mode, a mix of new and old ideas brought together to add that little something extra to the driving experience.

Invasion mode involves an army of killer robots — actually, cardboard cutouts are invading — and it’s your job to run as many of them over as possible while avoiding civilians. Transporter, on the other hand, is a DiRT 3 take on the classic capture the flag.

Outbreak mode begins a countdown as all players have to avoid an unknown infected player who is able to spread the infection by crashing into them. Outbreak was shown to us through a live demonstration and went over well with the crowd. While the original infected player is able to see the location of the other seven drives on their mini-map, they can’t see him. The other seven players found themselves driving frantically throughout the map in a fit of paranoia or taking the opportunity to play hide and seek the best they could within the environment. Once hit by the infected play, that person also becomes infected and then it becomes harder and harder for the remaining players to get away. The game is short, a mere two minutes long, but that’s all it needs; short, sharp, and sweat-inducing. 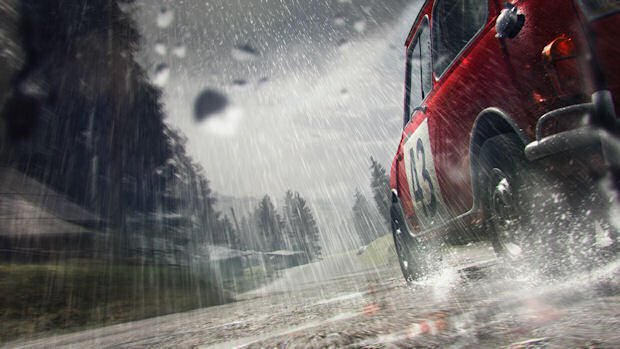 DiRT 3 is set to offer a pretty deep experience to those already a fan of the series and to those who aren’t. While the basic physics are set firmly within reality, some imaginative multiplayer ideas and the insane Gymkhana events open DiRT 3 up, but it remains true to its rally roots with a huge arsenal of cars and tracks. On top of this, the game looks fantastic visually and has another killer soundtrack. Yet, competition within the driving market is at an all-time high and Codemasters will still have to work hard to make sure that DiRT 3 gets its share of the pie.