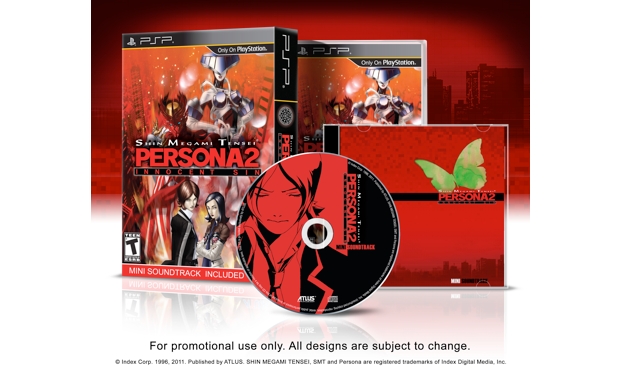 Upcoming PSP game Persona 2: Innocent Sin will come with a soundtrack CD packed with new tunes from series composer Shoji Meguro, but if you want a copy Atlus says that you’ll want to put in a pre-order for the game.

The free mini-soundtrack CD featuring 10 tracks from the game’s musical score will be bundled along with the game in a special collector’s box. Atlus says that the supply is limited, so you’ll want to pre-order to claim one for yourself. Along with the remixed and original tracks on the disc you’ll also get a couple of songs that will not be used in the game.

We’ve waited over a decade for this. At this point I’d be happy with just a localized version of this game. To get this portable, remastered version along with a music CD is really nice. I’m really looking forward to its release this fall, but I’m sure you already knew that.

Be sure to check out the new screenshots from Persona 2: Innocent Sin in our gallery.