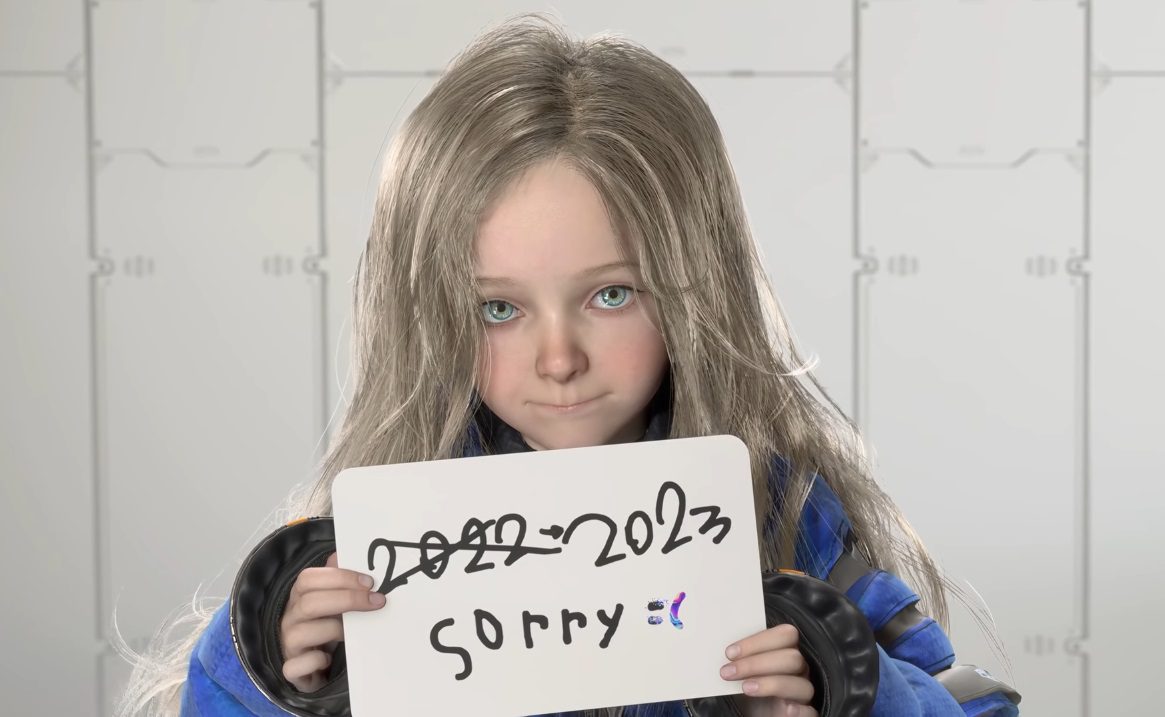 I can’t stay mad at that face

Capcom has confirmed that next-gen sci-fi title Pragmata is proving to be quite the epic development, and as such will most certainly not meet its considered 2022 release date. The strange-looking dystopian adventure is now expected to launch on PS5, PC, and Xbox Series X at some point in 2023. 2023! That’s like, 10 years from now!

“Our team is hard at work on the project, but to ensure this will be an unforgettable adventure, we’ve decided to shift the release window to 2023,” said Capcom in a succinct statement on Twitter. “In the meantime, we have a brand new artwork to share with you. Thank you for your patience.”

Pretty sneaky for the developer to deliver the delay news via a sweet, doe-eyed girl with a “vewy sowwy” sad face… I’ve tumbled your game, Capcom. Pragmata is, of course, the mysterious and highly dramatic new title that made its presence felt during Sony’s Future of Gaming live stream during E3 2020. You might remember its esoteric and exceptionally cinematic trailer, which featured a moon-suited spaceman wandering a dilapidated cityscape, before encountering both the young girl in question and a terrifying interstellar anomaly.

Capcom has remained fairly tight-lipped on Pragmata since its reveal, holding back details on its plot, design choice, and gameplay style. But given its new-gen-only release, and this far-flung release date, it’s clear that Capcom is fully backing this horse as one of its frontrunners in gaming’s ninth generation. I’m certainly intrigued, and I’m looking forward to hearing much more about this odd new game and its chaotic-looking world as the coming weeks and months roll by.